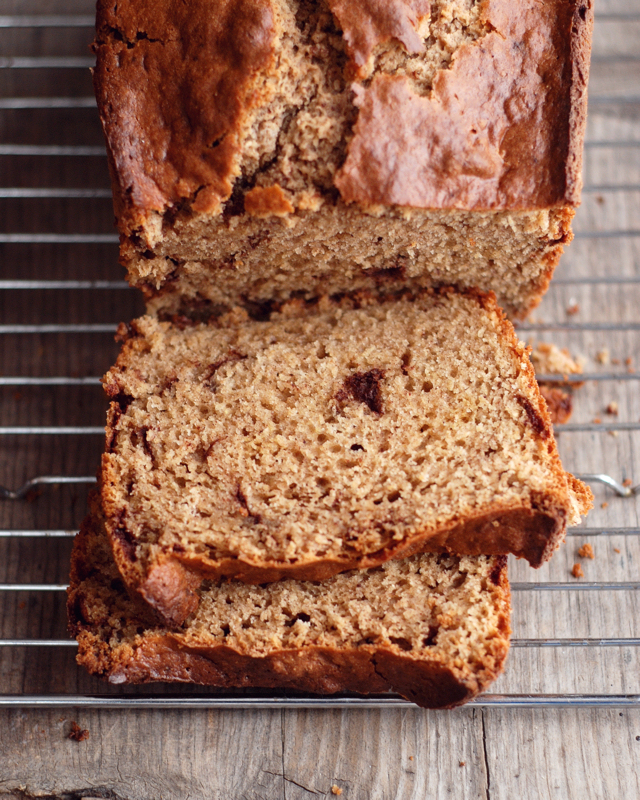 This post, entitled “Easy Cinnamon Bread” was originally published on January 14, 2011 on Buttered Side Up. Enjoy! 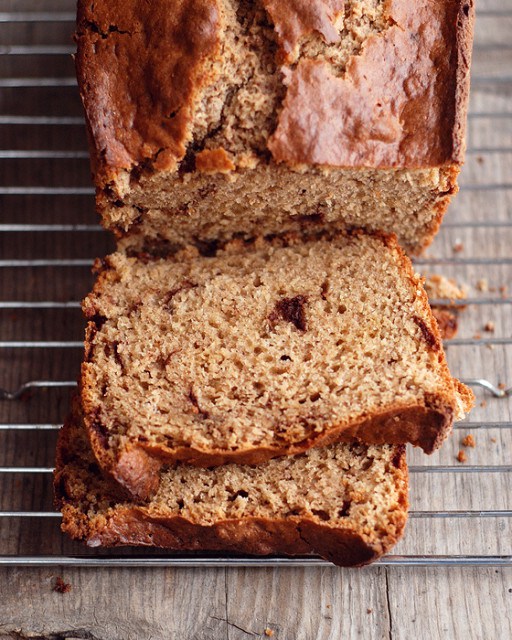 You are almost certain to have everything needed for this recipe in your house right now. And if you don’t have exactly the right ingredients (as I did not) you can safely and easily make a substitution. 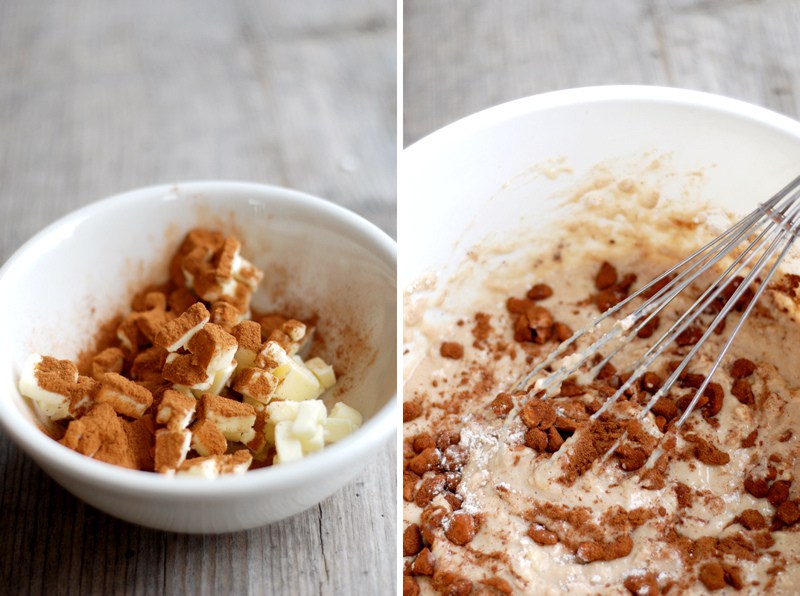 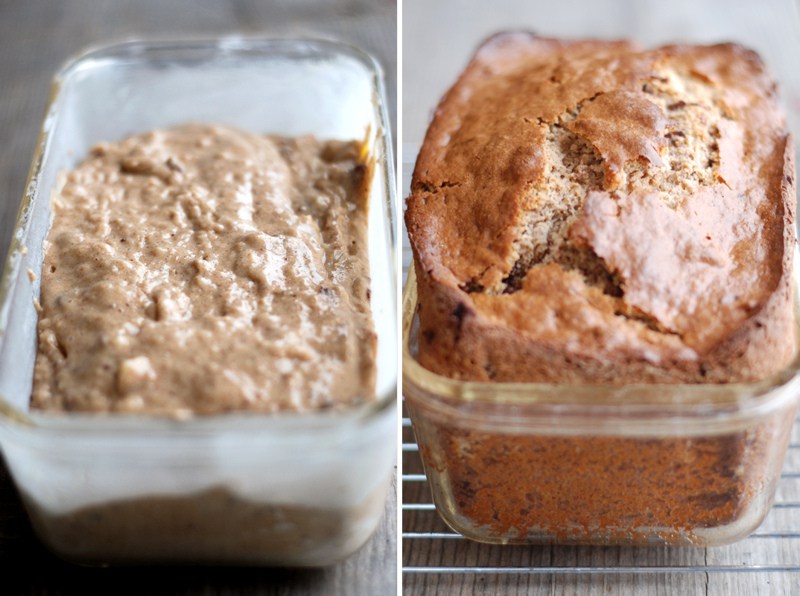 This bread tastes like a mixture of a quick bread and cinnamon swirl bread. Because it is impractical to swirl cinnamon in a wet batter, bits of butter are mixed with cinnamon and folded into the batter. This creates little pockets of buttery cinnamon goodness. 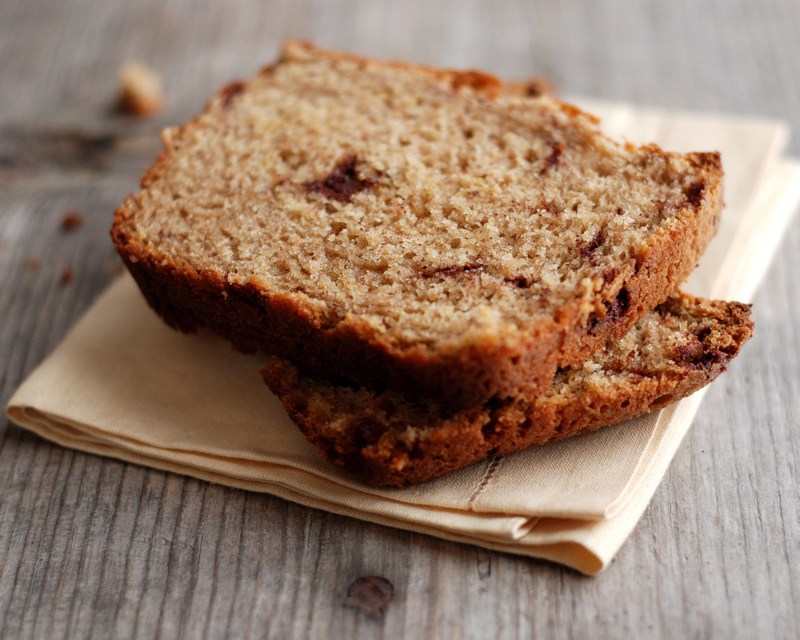 Going with my usual substitutions, I used half whole wheat flour in place of all purpose. Also, since I didn’t have any “solid” natural sweeteners on hand, I used maple syrup and added an additional 1/4 cup of flour to compensate.

Having no buttermilk in the house, I used 3/4 cup sour cream mixed with 1/4 cup milk instead.

I thought the bread was a little salty. Next time I will probably reduce the salt to 1/2 teaspoon. I also think the bread could benefit from a dose of nuts — say, toasted pecans.

Check out my other quick bread recipes: 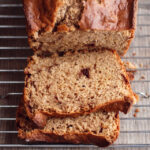 Exactly - I sometimes need a recipe that doesn't call for anything you have to go out and buy. :)

this looks delicious! i've found myself hunting for a simple quick-bread recipe on many occasions and been disappointed to find few options other than pumpkin, banana, and zucchini since i don't always have those on hand. this looks like a perfect recipe for such occasions. =]