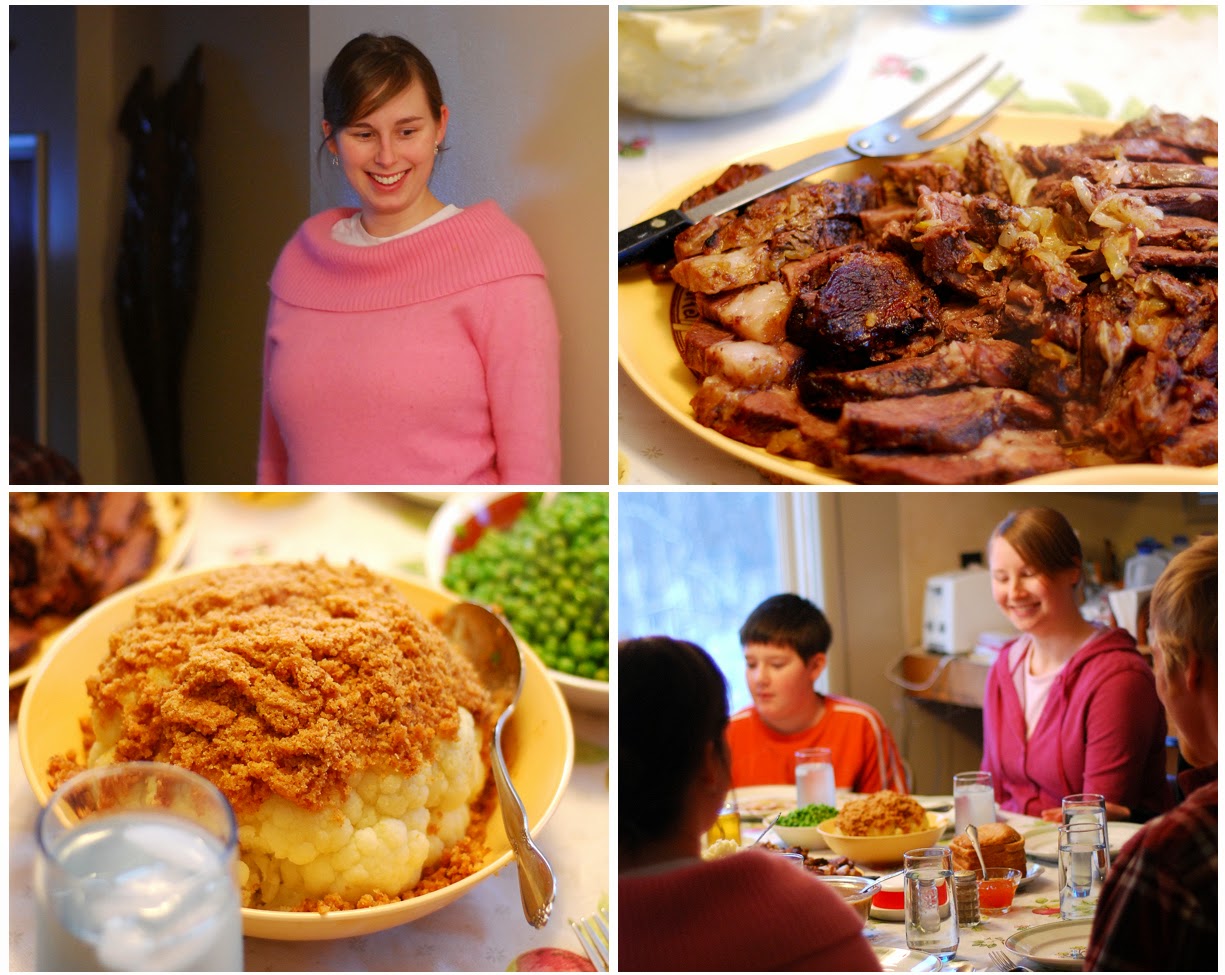 This post entitled “Grandma’s Cooking School: Roast Beef Dinner” was originally posted on April 20, 2010 on Cooking for Seven. Because these lessons were such an important part of my life, I will be re-posting them here.
{Grandma’s Cooking School is my chronicles of the informal cooking lessons that my Grandma graciously decided to give us girls. Enjoy!} 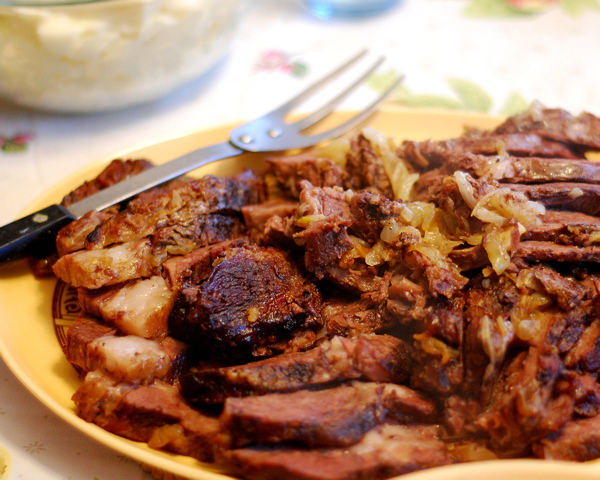 Grandma decided it was time to move from scrumptious sweets to serving an entire meal; and there is no meal so traditional and tasty as a Roast Beef Dinner… 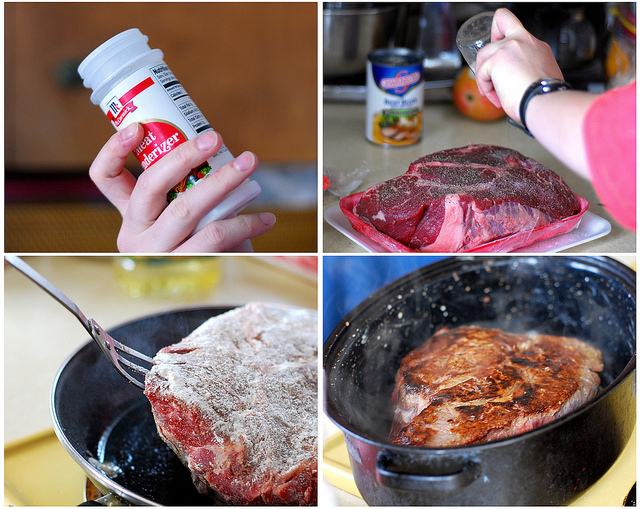 Grandma knows all the secrets to making a tender, tasty roast: sprinkle liberally with salt, pepper, and garlic powder. Attack it with a sharp fork & sprinkle with Meat Tenderizer. Coat it with flour and cook in a skillet to brown on all sides. 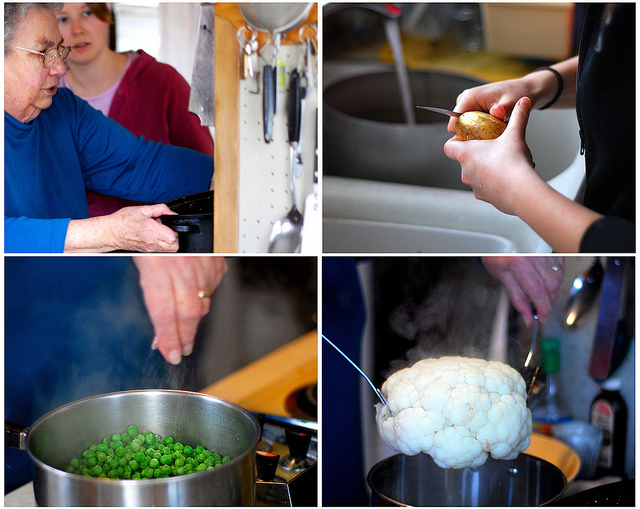 Pour a can of beef broth into a roasting pan, add the roast, slip it into a moderate oven (325° F) and sit back and relax. Or start making some delicious side dishes: Mashed potatoes, green peas, and steamed cauliflower with buttered breadcrumbs. 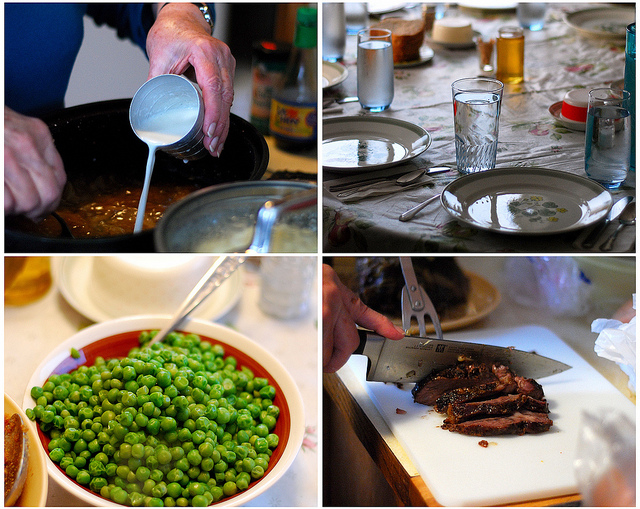 Don’t forget to slice some onions and put on top of the roast about an hour before it’s done. This really adds a nice flavor. Set the table, make the gravy, and carve the meat. Here’s a tip from Grandma: slice the meat across the grain for the most tender cut. 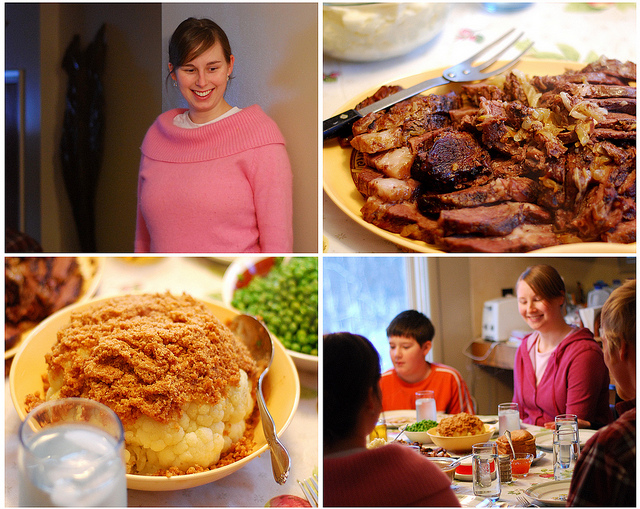 Thank you!! Hope you are having a wonderful day!

According to this timetable, a rump roast cooked at 325 degrees will take about 1.5 - 2 hours to cook. You could also go by the internal temperature of the meat, as listed in the table:

How long do you cook the roast, I always have a hard time with roasts. My roasts are always blah and dry???

Thank you! Yes, the cauliflower is steamed until tender, then topped with breadcrumbs that have been sauted in butter. Yummy. :)