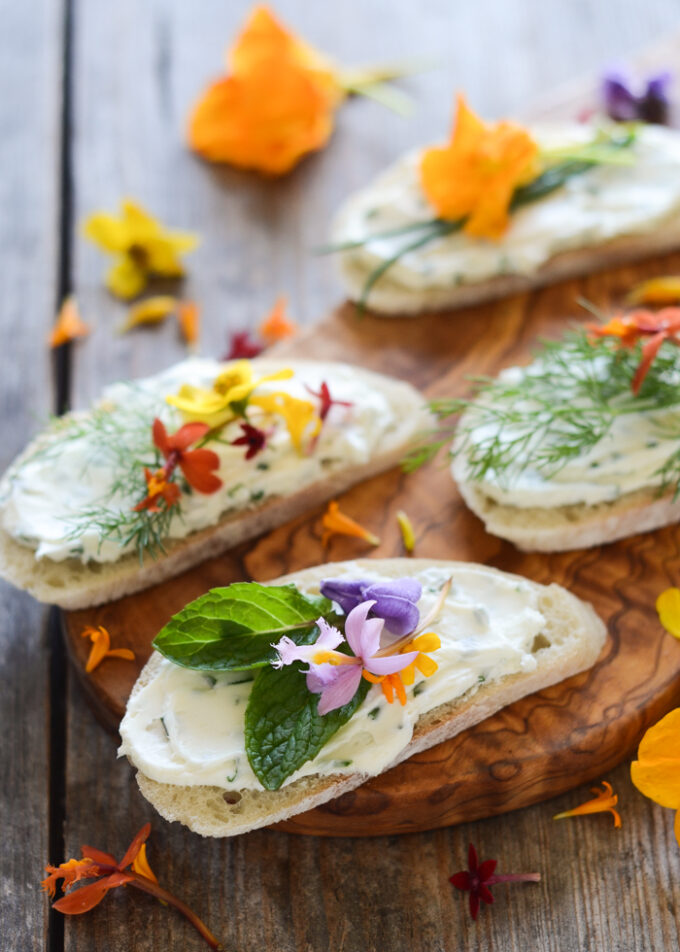 When I was a teenager, my sisters and I loved to plan tea parties with our friends. We would assign the courses (soup, sandwiches and salads) to each family, and everyone brought an appetizer and a dessert. 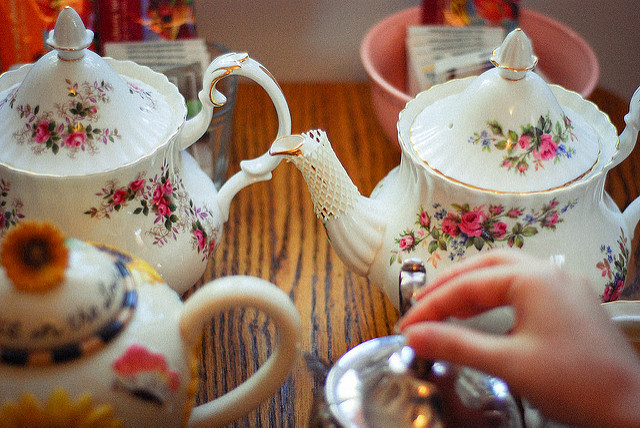 We would have them about quarterly, if my memory serves me well. It was loads of fun to dress up for, and we were able to sample lots of new flavors. 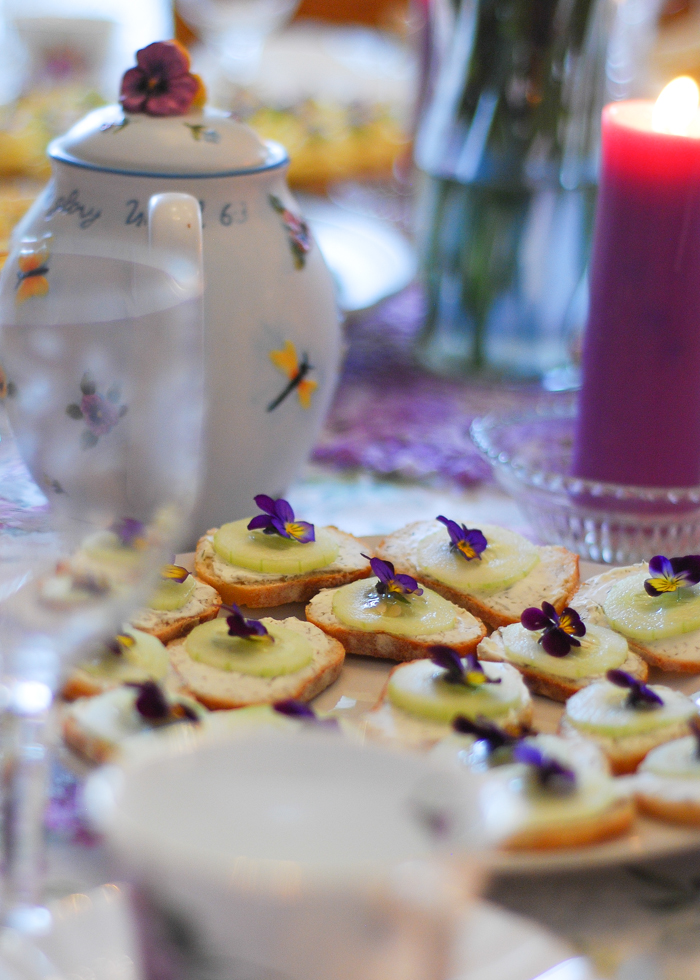 When I made these sandwiches a few weeks ago, it brought me right back to our tea party days: most likely because we actually made sandwiches that were very similar once. I was flooded with memories of the excitement of hosting or going to a party. And it made me want to have another one.
Perhaps I will, when I get up the gumption. The last time I hosted a tea party it was exhausting, and that was before I had Helen… 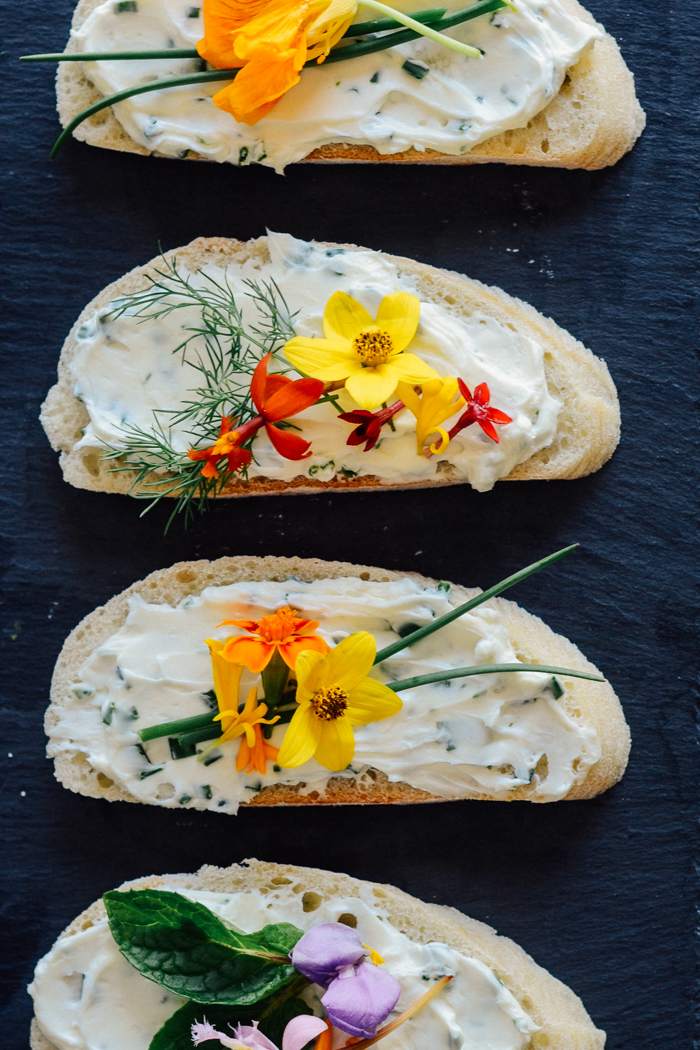 But about these sandwiches.
They are so simple (only five ingredients!) that it hardly seems that there could be much flavor to them. But the dearth of ingredients lets each one shine through. If you were to spread the bread with something more assertive, you would lose the subtle flavors of the flowers and herbs on top.
These are certainly tea party fare. They’re fancy little sandwiches. When I brought the leftovers from the shoot to my sister’s family, her little girl said, “They’re so pretty I don’t want to eat them!” And her little three-year-old daughter said, “I am so glad that you made those for us.” It definitely helped to improve my “cool aunt” image. Though probably not so much with the boys. 😉 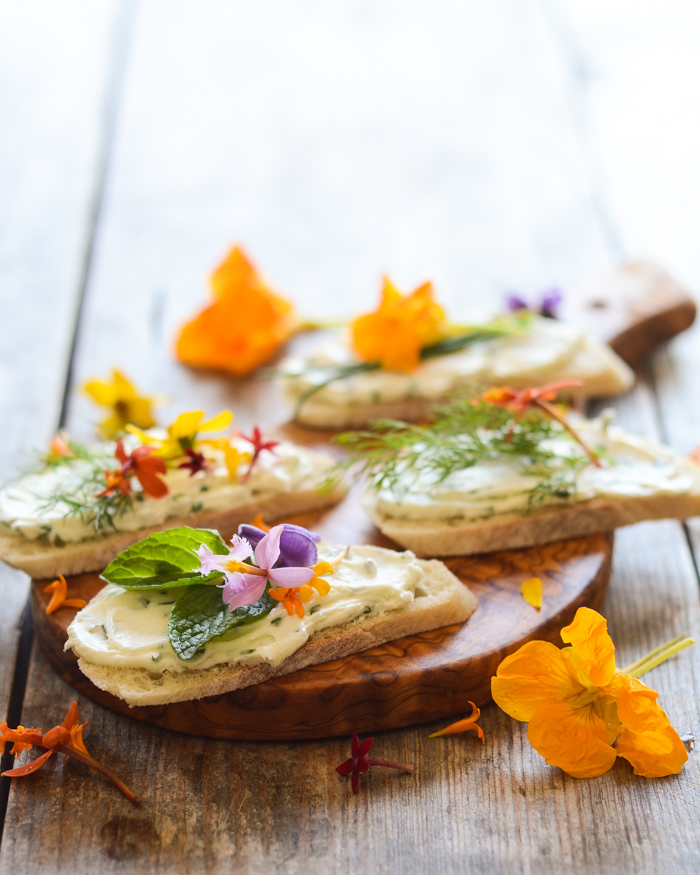 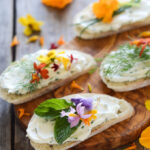 adapted from Grown to Cook

I used the Mirco Flower Blend and Nasturtiums that Marx Foods gave to me.

Also, the winner of the Marx Foods Photography Challenge has been announced: I made it to the final three (thank you to all who voted me into the finals!), but the prize goes to Manda of The Merry Thought. Go see the winning photo here.

Many thanks to Marx Foods for providing the flowers for this post. As always, all words and opinions are my own.

Hello! I’m Erica Lea. I’m a mom of three living in northern Minnesota (AKA The Frozen North). Here on Buttered Side Up I share recipes I have tried & modified (to be a tad healthier) and found to be delicious. My main focus is recipes with a healthy touch. You’ll find that I like to substitute organic unrefined ingredients quite often. But you won’t find that I skimp on good, natural fat. Butter > margarine.