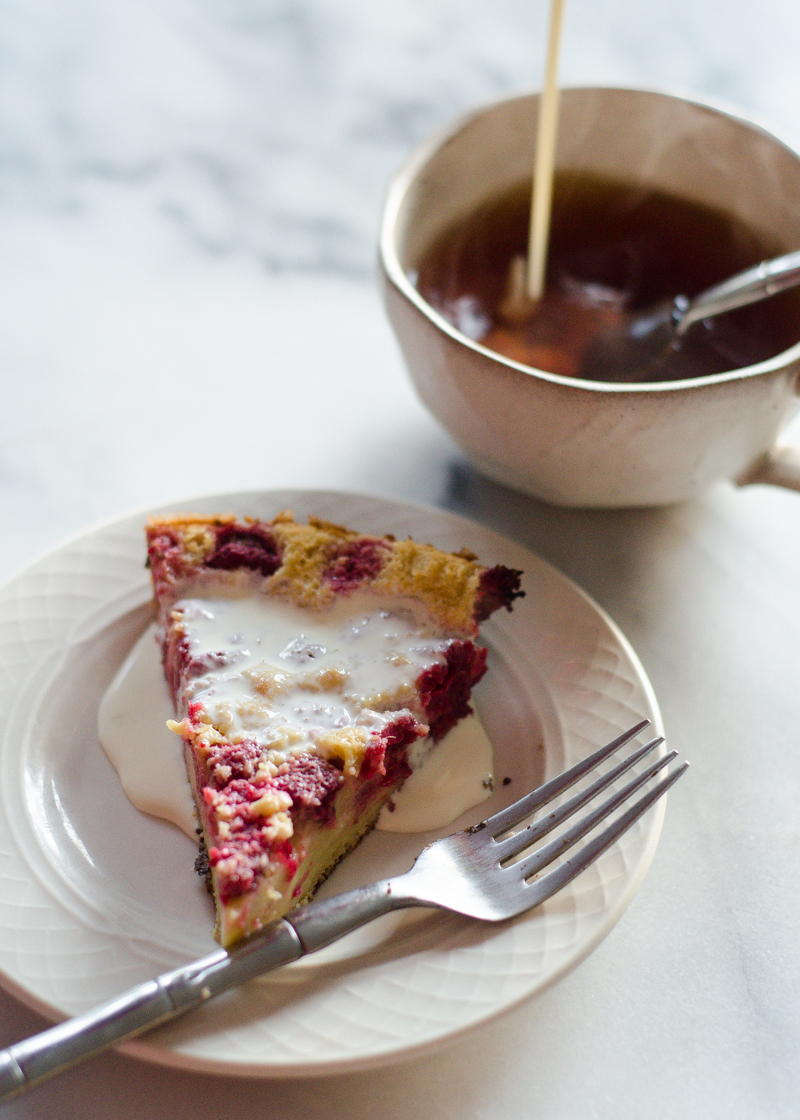 Breakfast: leftover raspberry clafoutis + tea. I’ve been enjoying the Tazo Chai Pumpkin Spice, but I wish it was a bit stronger in flavor. 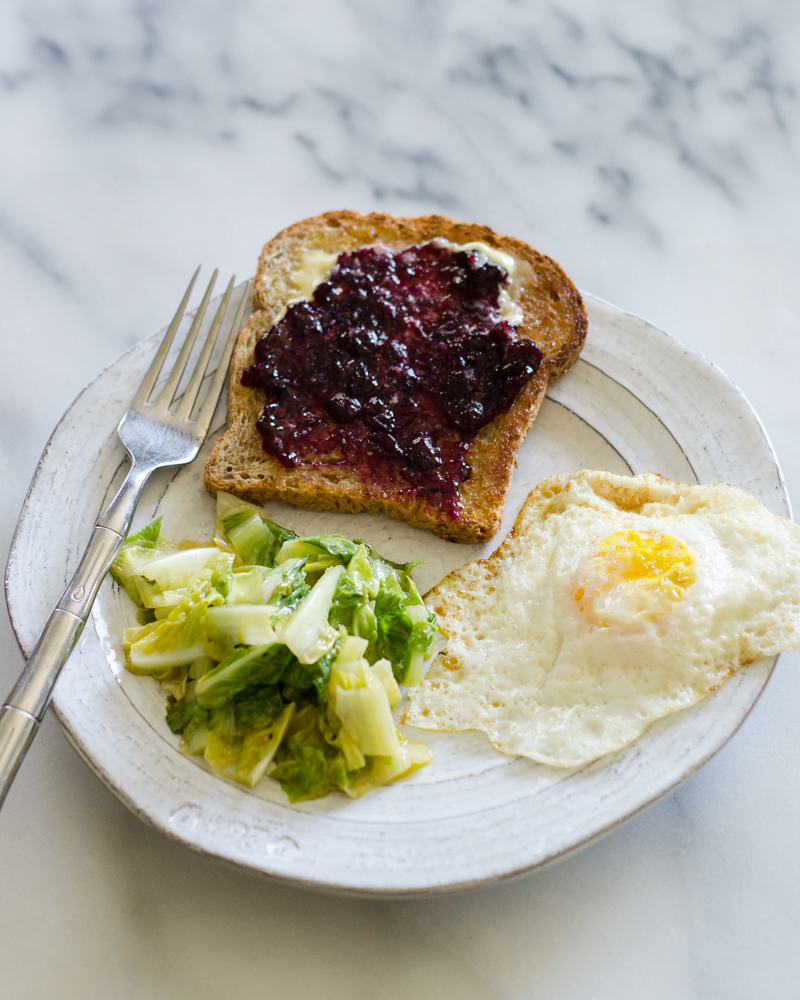 Lunch: leftover Caesar salad, fried egg, and toast. I’ve been liking the Silver Hills Sprouted Grain bread. I like that it’s made with sprouted grains (as the name implies), and it’s oil-free. Now, that might sound strange coming from a fat-loving butter addict, but most breads contain oils that I prefer to avoid. I’d much rather slather my toast with butter. 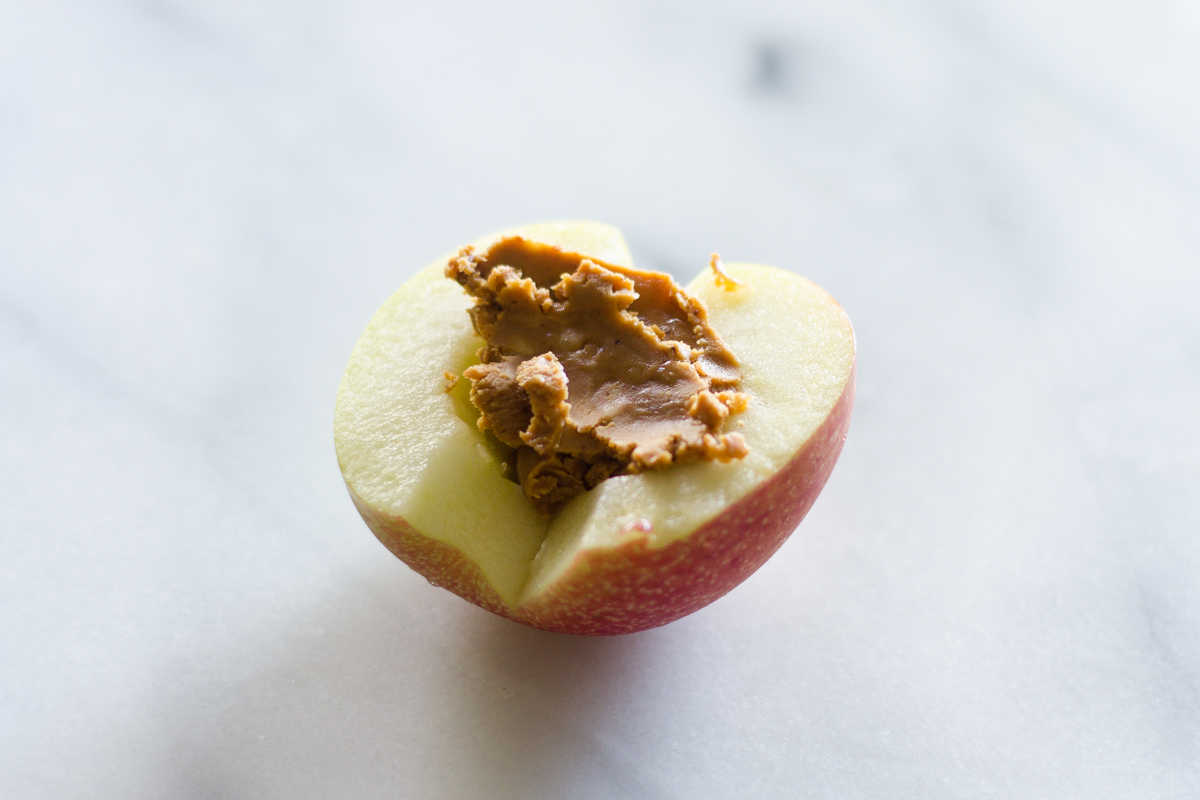 Snack #1: Apple + peanut butter. I knew we were going to have supper a bit later than usual, so I had a little something to help tide me over. 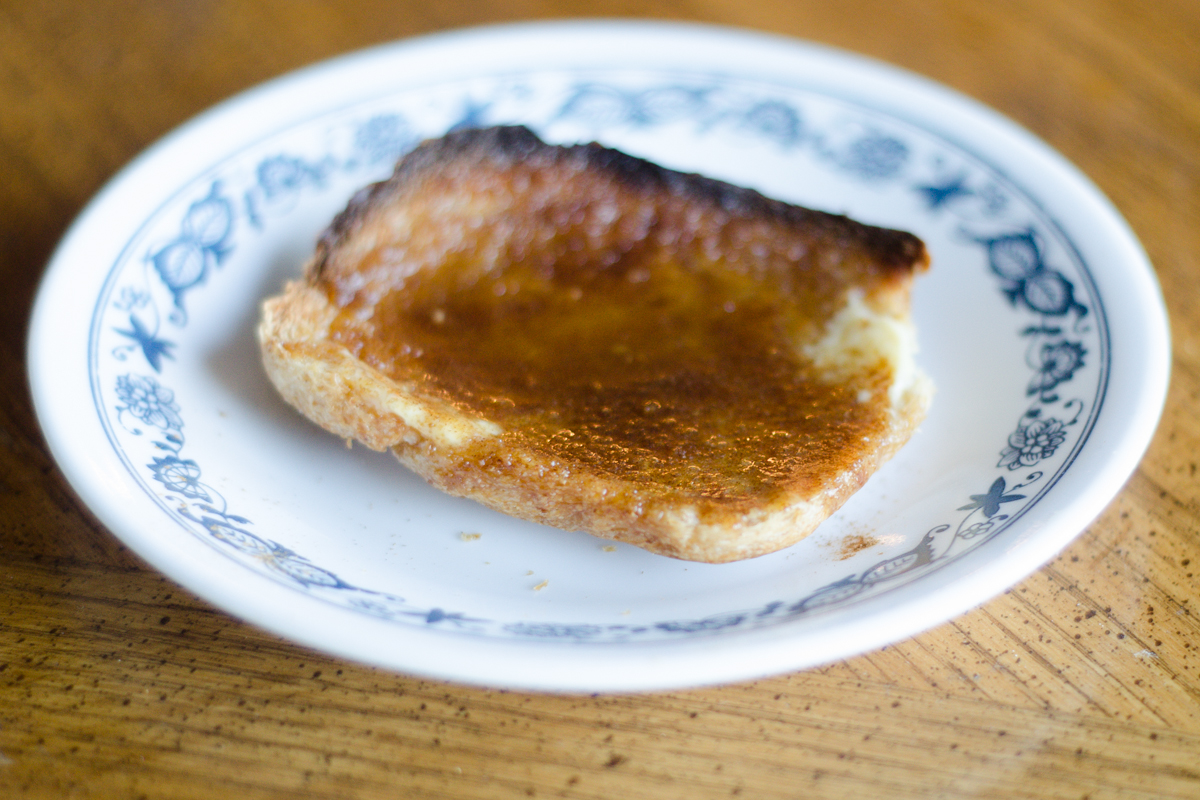 Snack #2: My sister and I were making supper at my family’s house, and I was starving when we got there. So I had a snack of homemade bread and cinnamon-sugar. 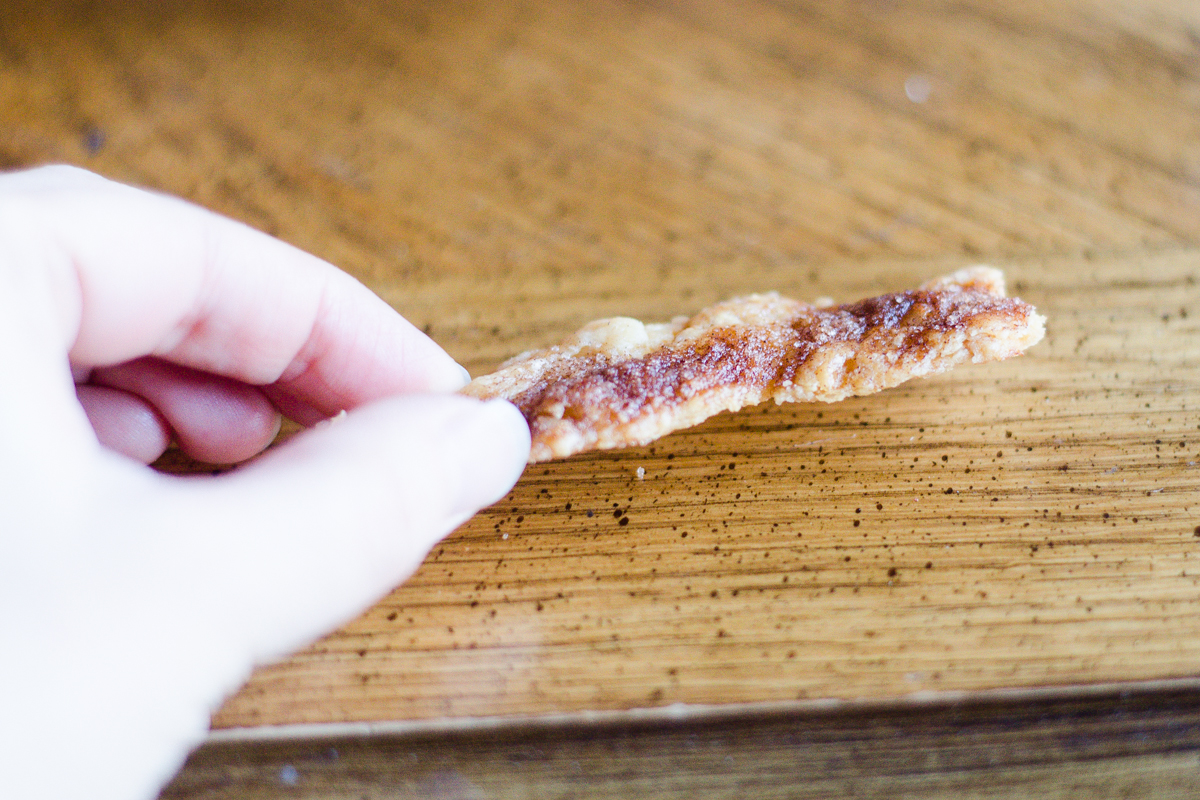 Snack #3: We were making chicken pot pie, and I used the pie crust trimmings to make cinnamon-sugar crust sticks. So of course I had to sample a couple. 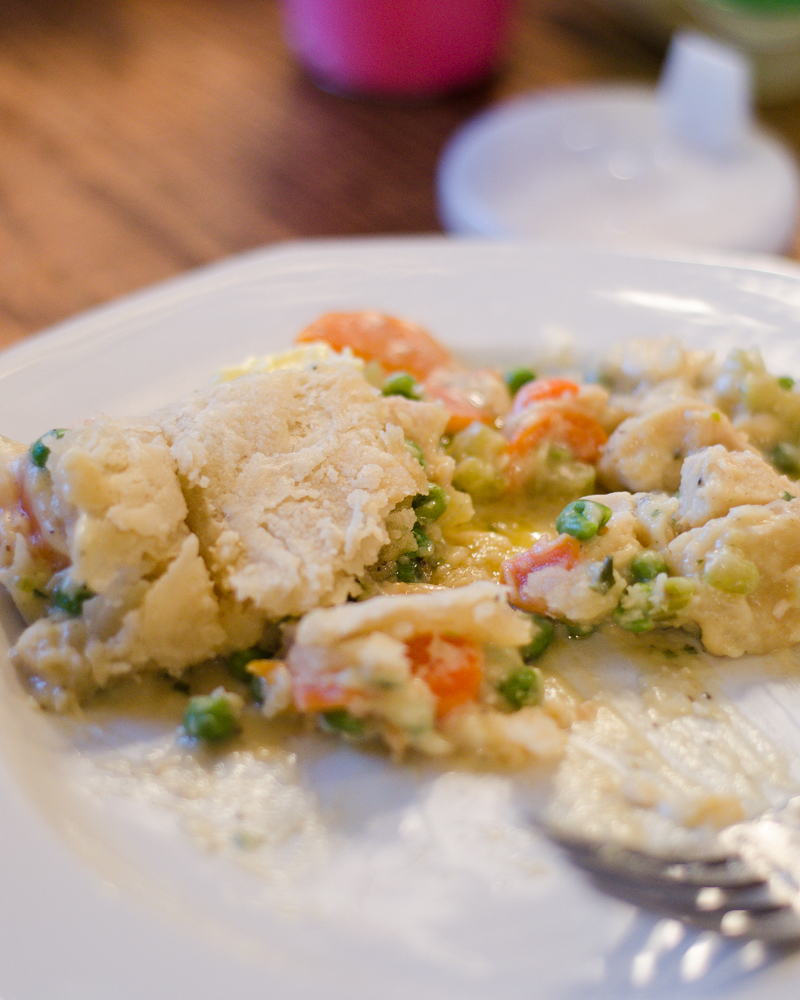 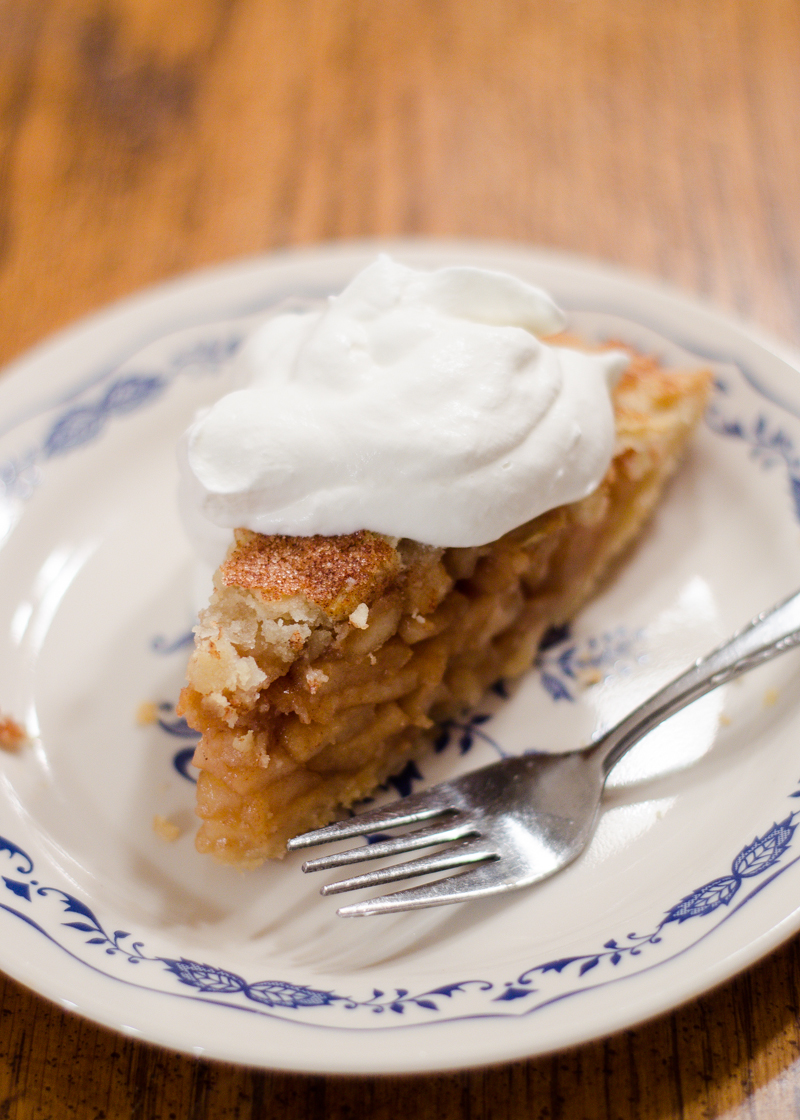 Dessert: Homemade apple pie with whipped cream. So so good. I used lard to make the crust.
So now you know what I ate in a day!
What did you have for lunch yesterday?
Click here to cancel reply.

This comment has been removed by a blog administrator.

Your chicken pot pie looks fabulous - that's one of my favorites.

It all looks delicious! I would love a recipe for the apple pie and crust, if you wouldn't mind sharing. :)