We celebrated Helen & Jim’s birthday a bit early this year. I didn’t want them to miss out on a party if the baby decided to make an appearance. Good thing I planned ahead! 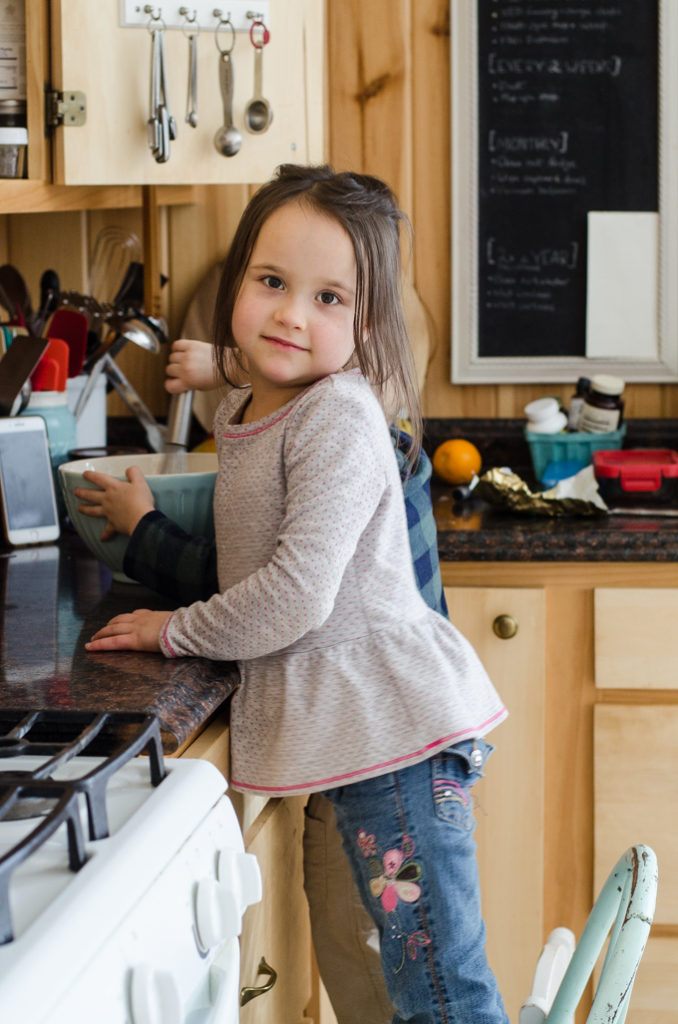 Helen and James both love helping out in the kitchen whenever they can, so I decided to let them in on the  cake-baking action. 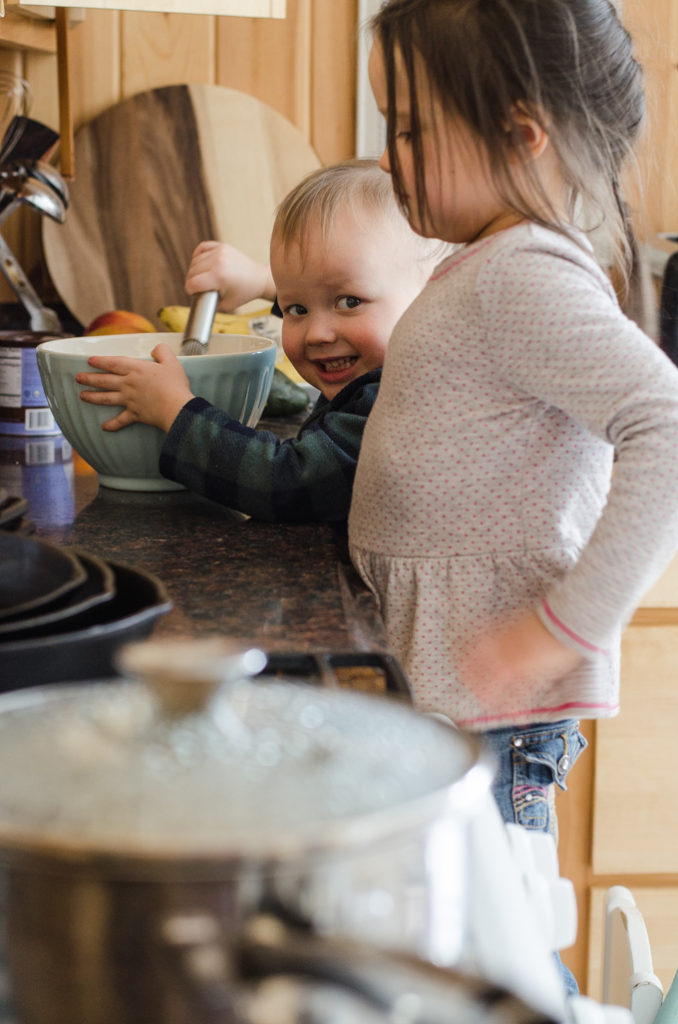 Of course a fight or two usually breaks out about who gets to do which job, but it’s still a fun experience to have them helping me bake. 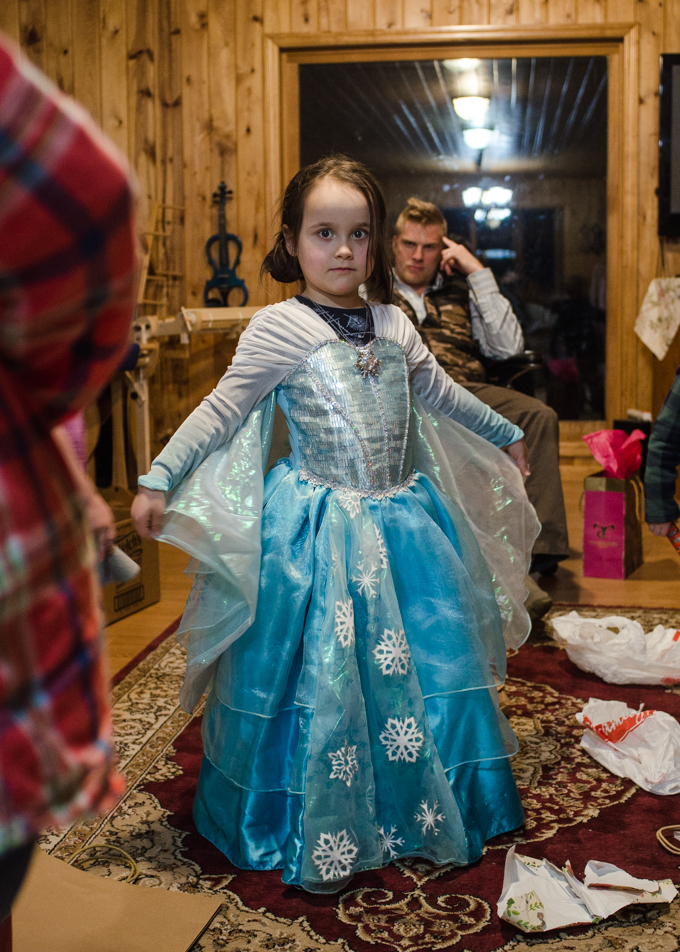 For their birthday presents from Reuben and I, I decided to do costumes this year. Helen had been wishing for an Elsa dress for months, so I found her one secondhand on Poshmark.

She had a very subdued reaction at first. I think she was a bit overwhelmed. But she has been wearing it at some point nearly every day since, and tries to sneak it to other people’s houses when we go for a visit. 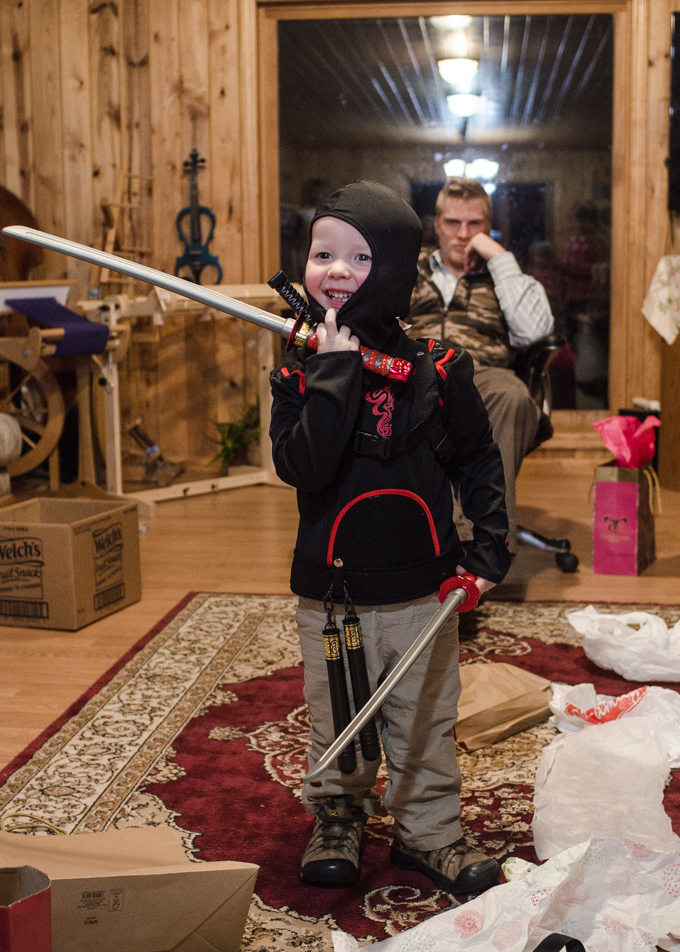 For James, I had been saving up a ninja outfit that I found on Poshmark a while back. I wasn’t sure if he would care for it, but it turns out that he adores it and has been wearing it nearly every day as well.

James wanted a chocolate cake with bananas for his birthday, and I decided to add a peanut butter frosting. Jim requested a blue frosting, but I didn’t feel like trying to figure out a natural way of making blue frosting. I’ll have details about how to recreate this cake at the end of this post. 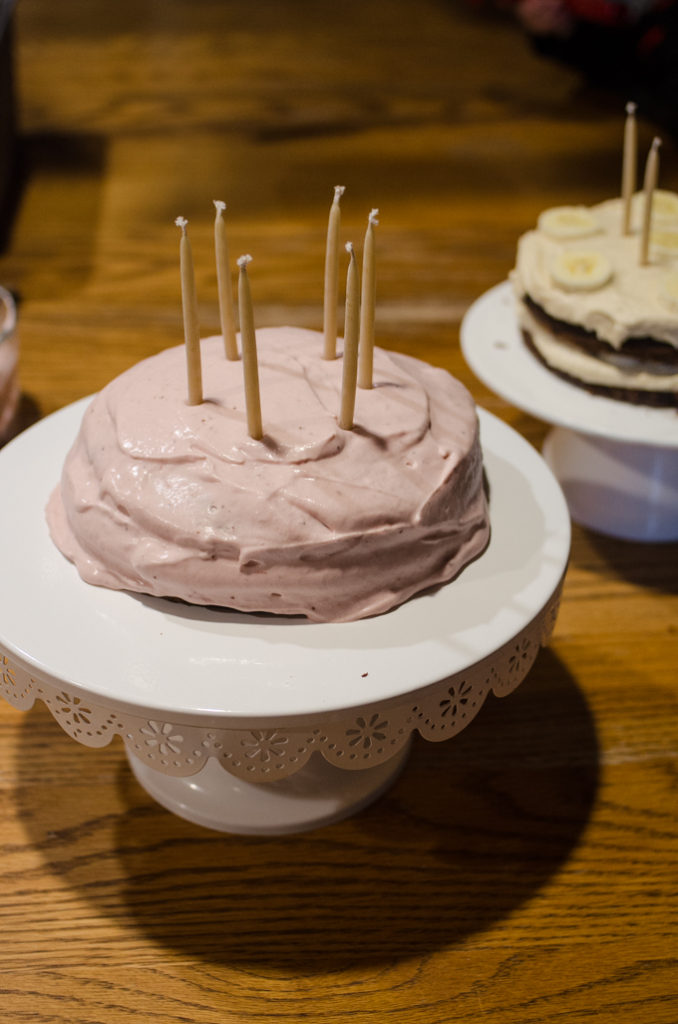 Of course Helen wanted a pink frosting, so I made a cream cheese whipped cream frosting and added strawberry puree and beet powder. It turned out pretty well! 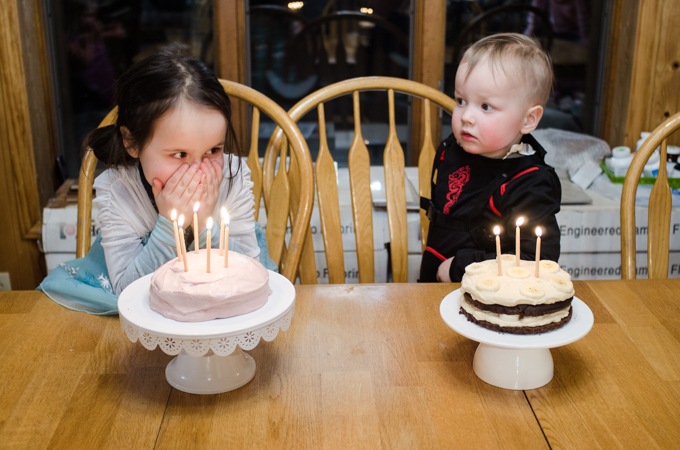 Excited to eat their cakes! 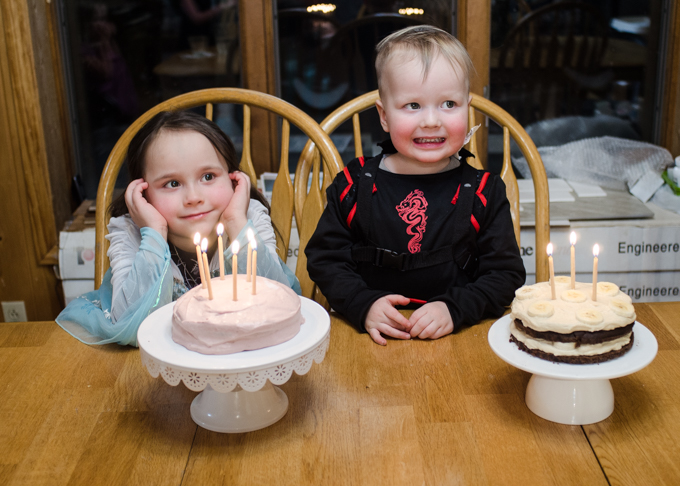 Helen: “Let’s get this show on road already!” Jim: “Is this how I’m supposed to smile for photos?”

Both kids liked their cakes, so I’d call that a success!

So fun to read your posts. To know there is a young woman out there who loves traditional things. Enjoy your kitchen, your beautiful part of the world, and your family.