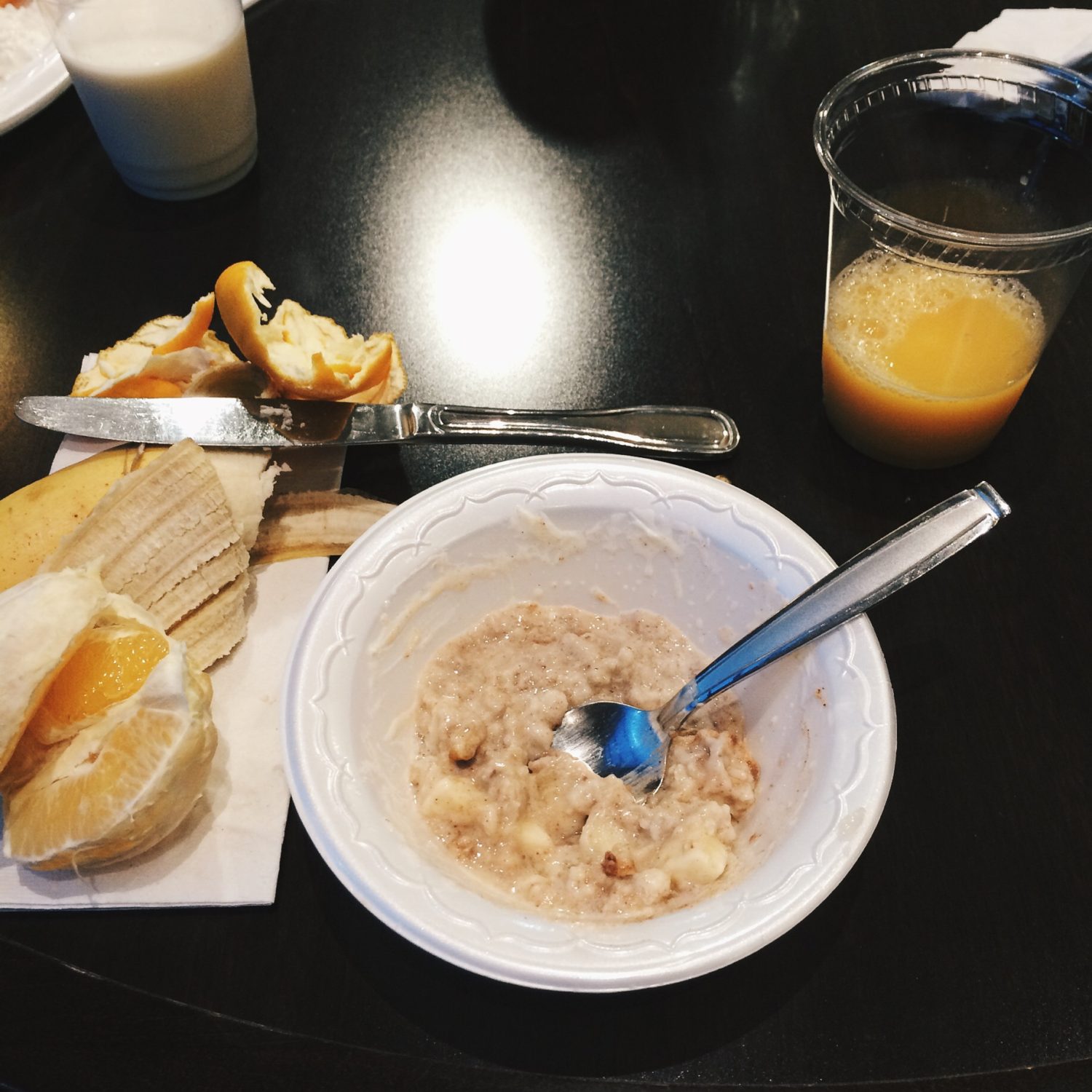 Last weekend, my sisters and I took a girls-only trip to the twin cities. None of us were either nursing or (hugely) pregnant, so we decided we’d better seize the chance.
We ate our breakfasts at the hotel. I opted for oatmeal (with butter, cinnamon, walnuts, half-and-half, banana, and “sugar in the raw”), orange juice, and an orange. 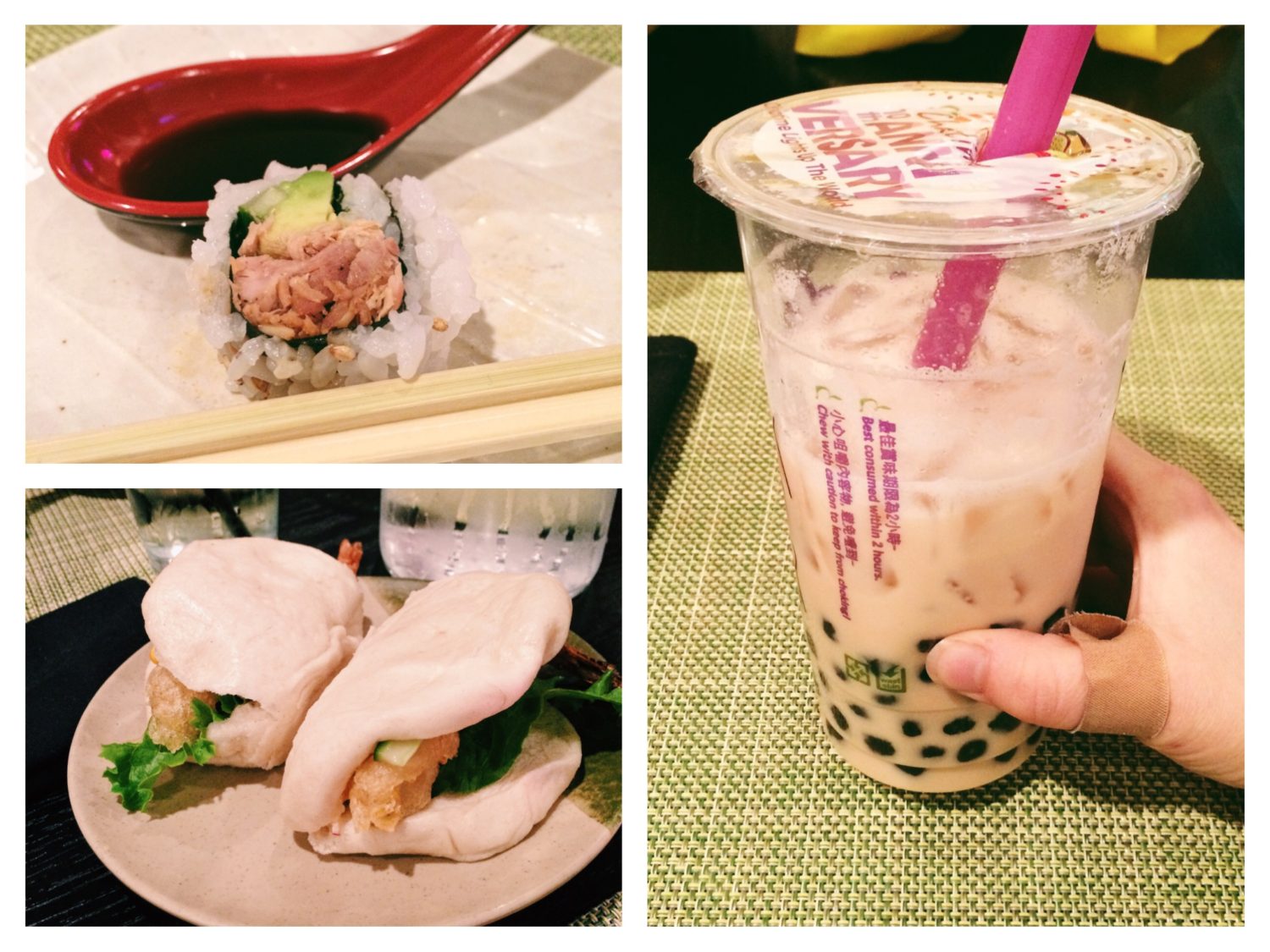 After breakfast, it was time to start shopping! We went to World Market and then The Mall of America. When we were too hungry to continue shopping, we decided to have lunch. We ate at Masu Sushi and Robata in the mall.
My sisters were kind enough to order a cooked sushi so I could sample it. We also had shrimp and pork steamed buns. My sister got a bubble tea from the shop next door (sorry about my band-aid). 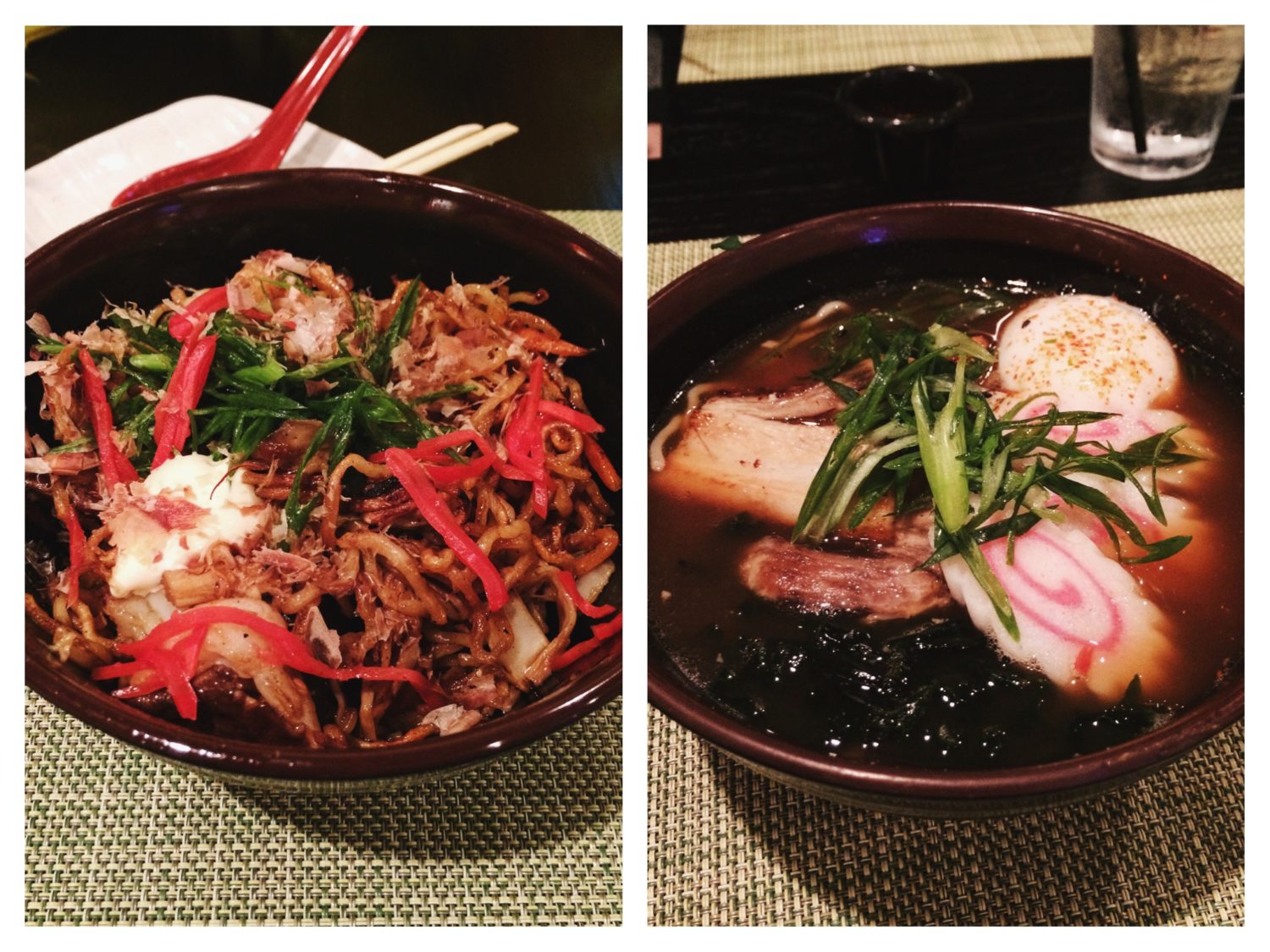 My younger sister and I shared the shrimp yakisoba and pork belly ramen. That yakisoba was one of the most delicious things I’ve eaten in a long time. 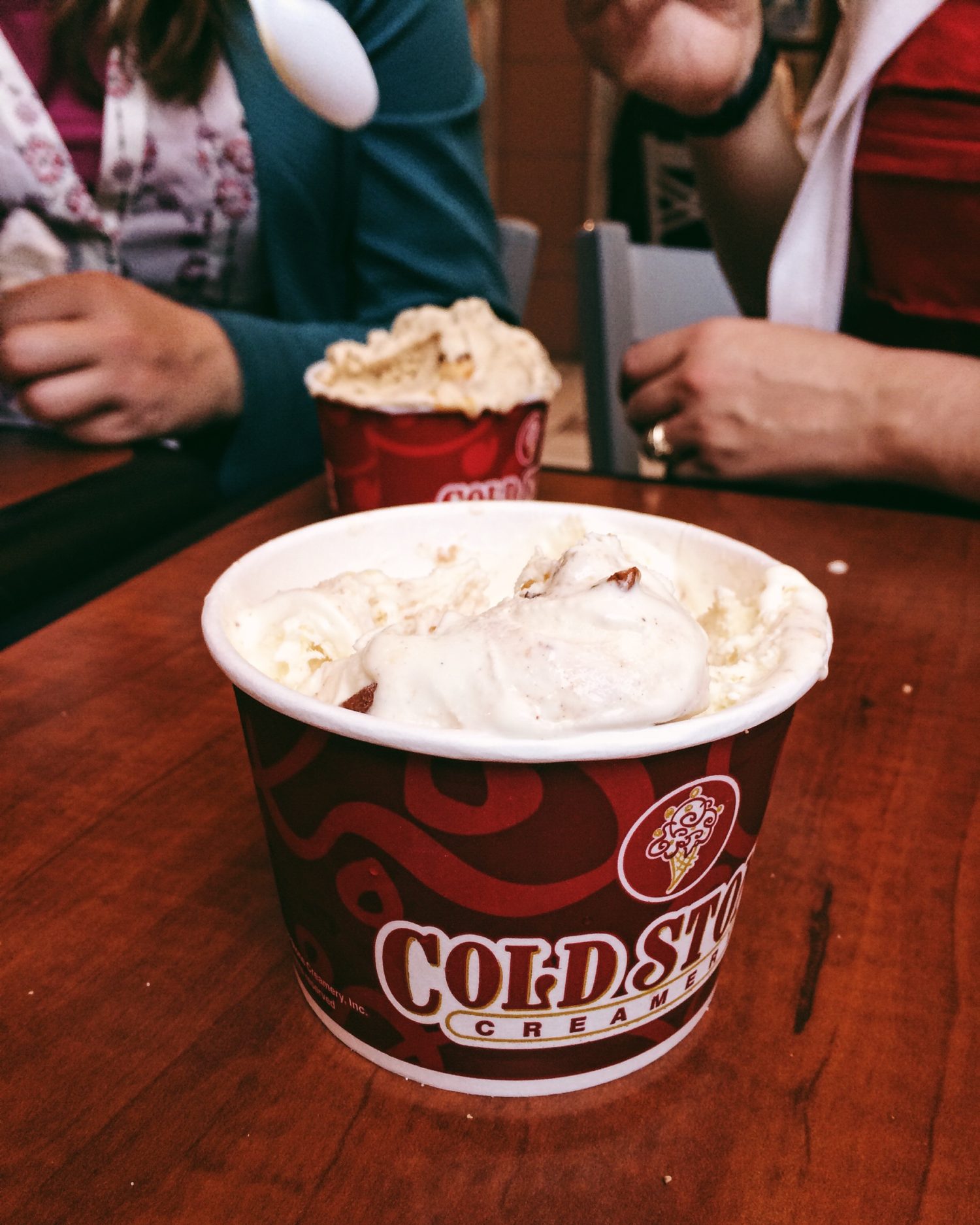 When we were all done shopping, we stopped for ice cream at Coldstone Creamery. Two of my sisters and I split a “That’s How I Roll” — so good! 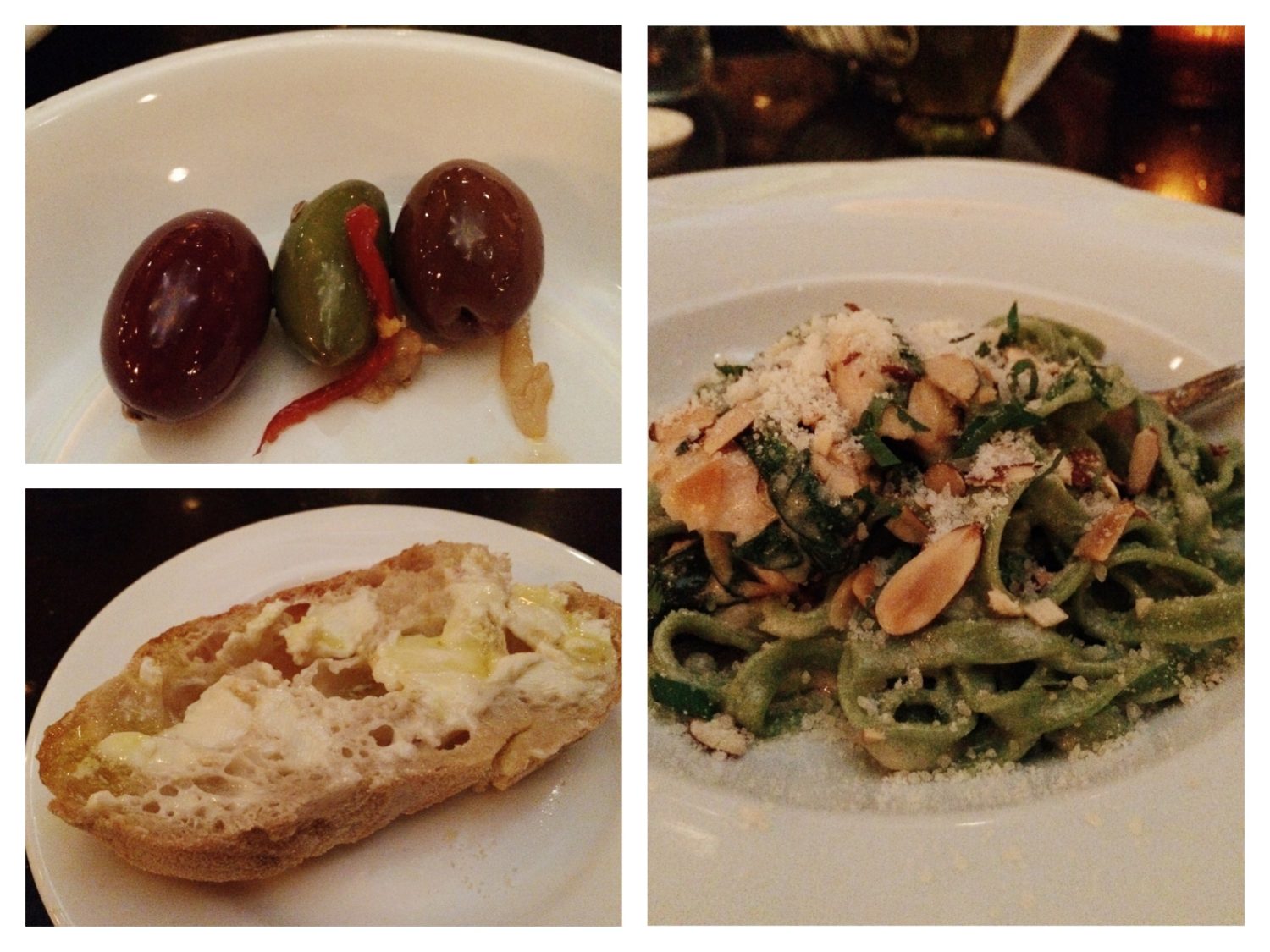 After shopping at IKEA, it was time to go out for supper. We chose Ciao Bella. It was a fun experience – our waiter was pretty animated. He tried to convince us that we wanted to order wine, and he had quite the theatrics for sprinkling parmesan and pouring water.
We started out with warm olives and fresh bread. Wow, that bread. My younger sister and I split the fettuccine with “natural” chicken (even though the watier insisted that it would be a tiny portion). 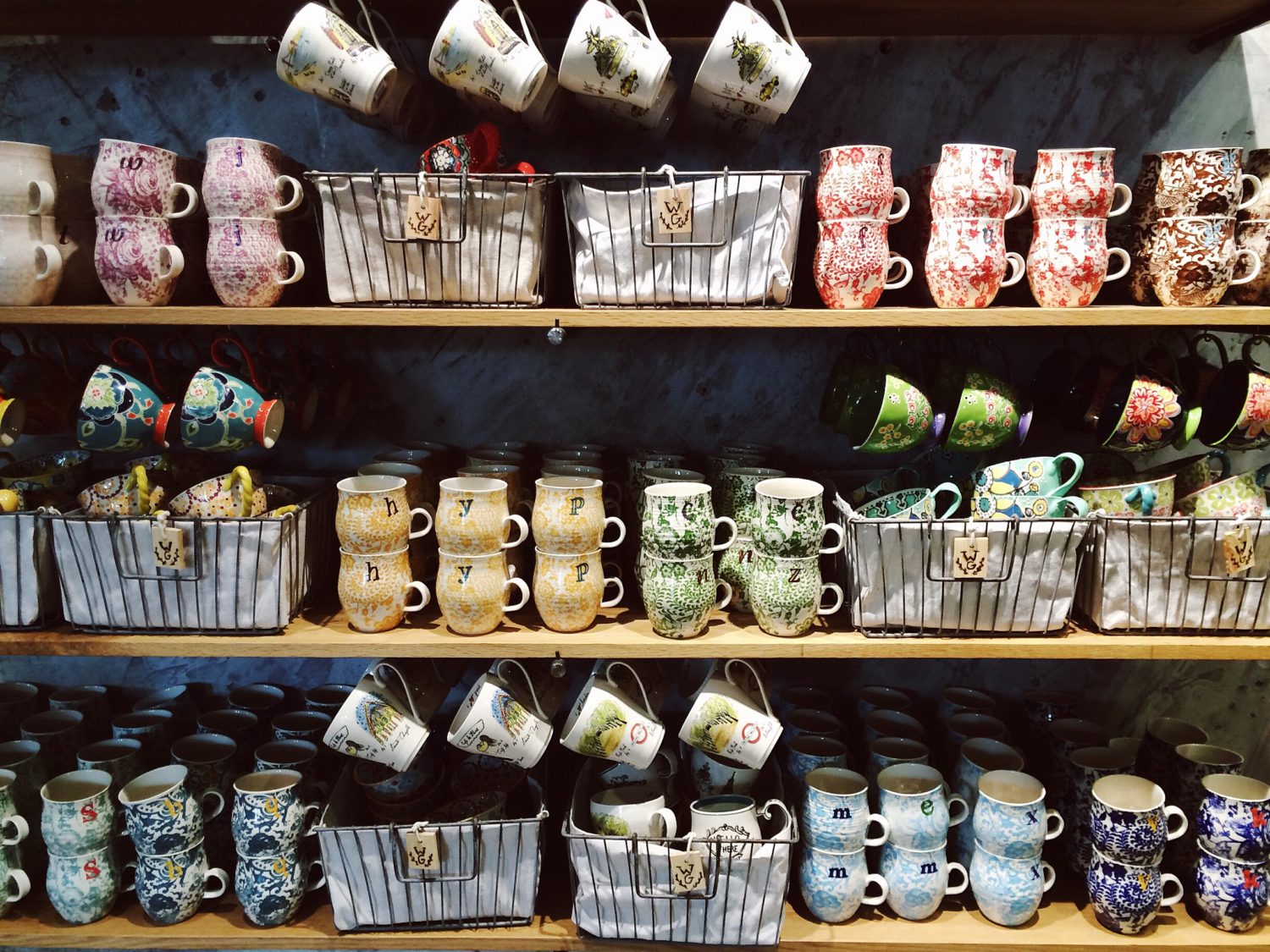 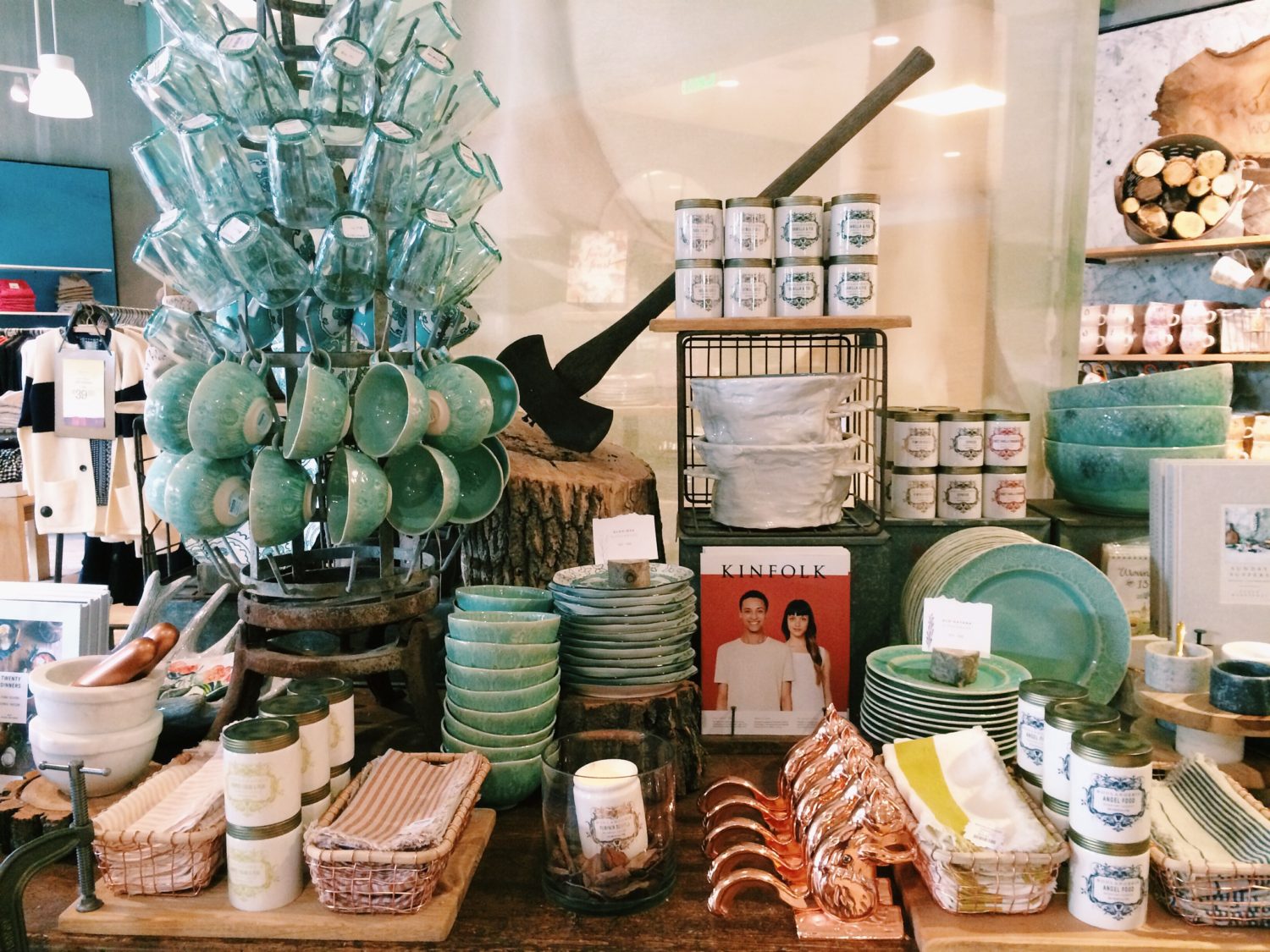 The next day we did some shopping in downtown St. Paul. Of course we had to stop in Anthropologie. I was surprisingly restrained and didn’t buy anything (perhaps because I had already bought so much at World Market and IKEA…haul coming next week). 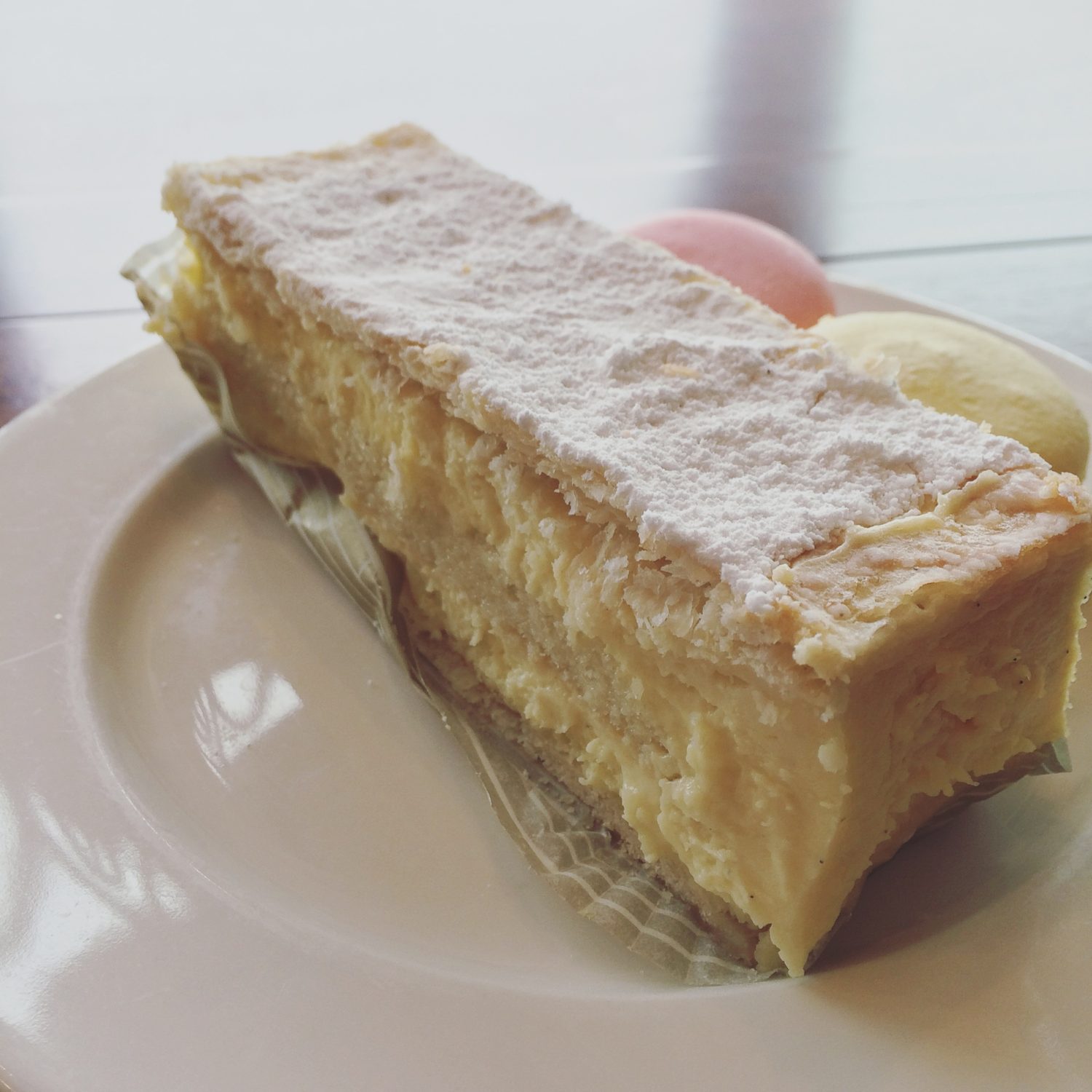 For lunch we ate at Cossetta’s. And of course we had to have some of their pastries for dessert. My younger sister and I had the Italian Napoleon, French macarons, and gelato. 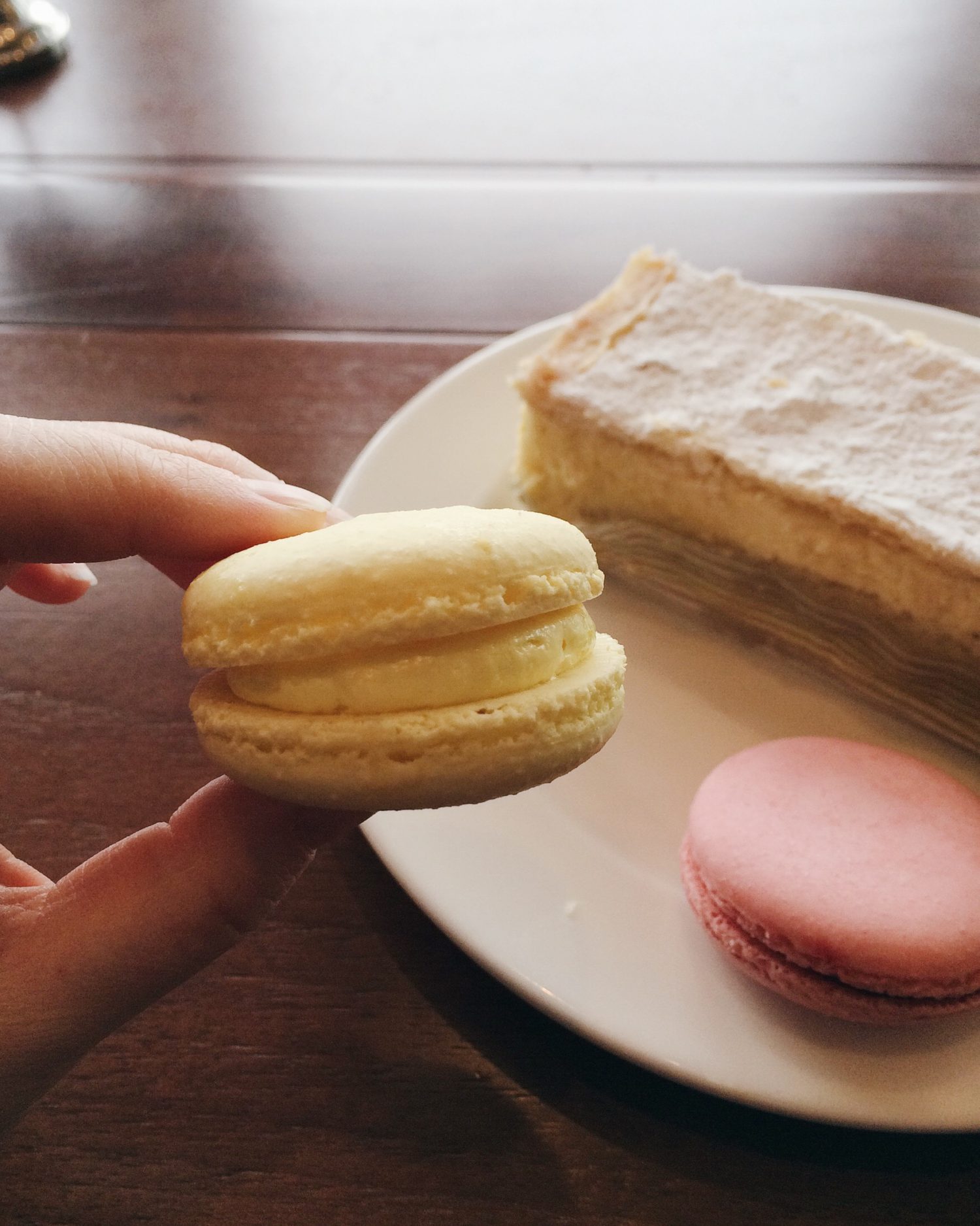 The lemon macarons were fabulous. I need to learn how to make both the Napoleon and the macarons.
That was definitely an awesome weekend. I had an amazing food experience. But I was dying to see Reuben and Helen by the last day.
xoxo
Erica
Click here to cancel reply.