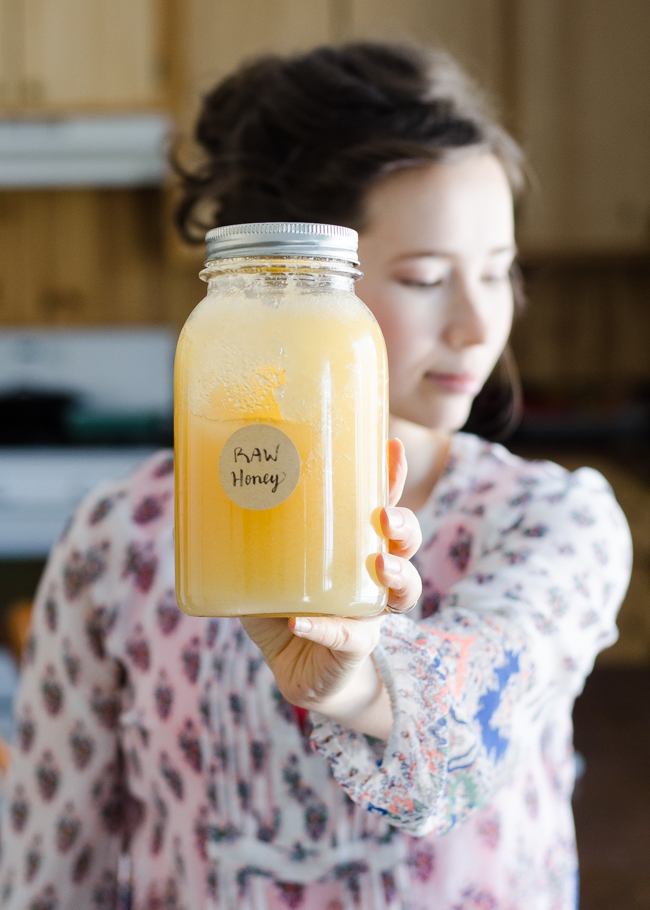 Whew! I did it! I made it through a Sugar Free January.

Here’s a little recap about how it went for me:

How I Felt During the Challenge:

To be honest, I felt good, but I didn’t feel hugely different during the challenge. Probably because I was already living a fairly low sugar lifestyle. The first couple of weeks I didn’t have much sweet cravings to speak of. Then, around the 2 week mark, I started to crave chocolate like mad. Which kind of threw me for a loop: back when I did a Whole30, the sugar cravings were intense and immediate, and subsided after a couple of weeks. So the time frame when the cravings hit was different.

What Foods Were Hardest For Me to Give Up:

Not gonna lie: I really like a piece of dark chocolate and a glass of cold milk now and then. But the hardest things for me were eating at someone else’s house, and vacation. I hate to be that person that refuses to eat the food that someone prepared for you. And it’s really hard to navigate restaurant menus if you’re trying to avoid certain foods. Which brings me to my next point…

What Mistakes I Made:

Probably the biggest “mistake” I made was ordering a matcha latte when we were in Florida. I asked the waitress if they could make it without any sweetener, and she assured me they could. When I tasted my latte, it was pretty obvious that it had been sweetened. It was probably made with a pre-sweetened mix, not pure matcha powder

. I didn’t want to waste food, so of course I drank it.

BTW, click right here if you want to learn how to make a sugar free matcha latte that still tastes delicious.

Also, I can’t say with certainty that there was absolutely no sugar in the salad dressings I ordered, side dishes at a Korean restaurant, or sushi that I had at the airport. We also had freshly squeezed juice a few times. This was kind of a grey area for me, but I wouldn’t have had it if I was at home.

The rest of my “mistakes” were little things. For example, a few days into Sugar Free January I took a bite of leftover gravy that Reuben was having for lunch. I had forgotten that I made it with Worcestershire sauce, which contains sugar. I ate some bacon that had a bit of sugar in it, which I considered a pretty minor compromise. I also had to eat some ketchup because I was recipe testing for PW and it was on a time crunch (I couldn’t wait until SFJ was over).

But overall I think I stayed very true to the heart of the challenge. 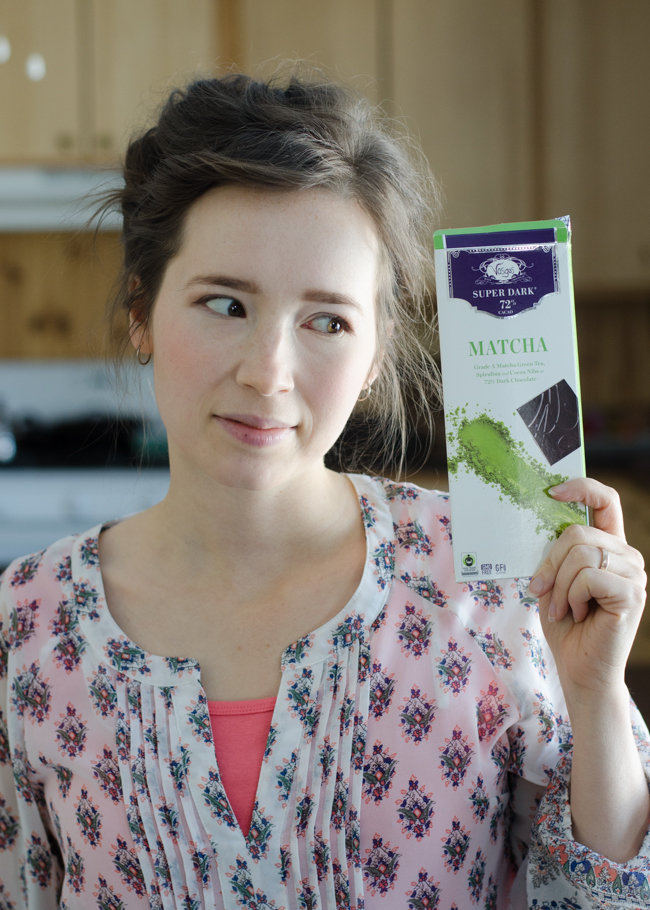 What Am I Going To Do Now?

From here on out I’m going to continue to live a low sugar life. I don’t believe in completely restricting a certain type of food unless you can tell that it improves your health to do so (or you’re allergic, obviously). I can definitely tell that eating less sugar makes me feel better. But I like the freedom to have a small dessert now and then, and not refuse food that was prepared for me.

So of course you’ll continue to see dessert recipes here on Buttered Side Up. But I’d like to focus on desserts with lower amounts of sugar.

Would I Do A Sugar Free January Again?

YES! The main point of doing a sugar fast is to reset your taste buds so you don’t crave sugar as much. Right now I feel like I have a pretty healthy relationship with sugar, and I’d like to keep it that way. If I feel like I’m starting to crave it too often, I might try another “cleanse.” BUT, I would change up the rules. I would have exceptions for eating at someone else’s house and vacation. Ha!

Now I’d Like To Hear From All of You Who Did Sugar Free January With Me!

What did you think of the experience? What foods were hardest for you to give up? Will you make any permanent changes? Let me know in the comments!

Thanks for this post. What is the worst kind of sugar, in your opinion? I am really trying to downsize my daughters' sugar intake but it's tough. Avoiding sugar helps a great deal with migraine pain, for me. I do eat honey, fruit, and (occasionally) pure maple syrup and avoid processed sugar, but keeping my kids completely away from it isn't easy (they are 13 and 11). :)

In my opinion, the more processed the sugar is, the worse it is. I try to avoid things like corn syrup, agave nectar, and white sugar. I think in small amounts it won't do a lot of damage, but if you're consuming it regularly it can have some health repercussions.

I try to do basically what you're doing: choose sweeteners that have some nutrients such as honey, maple syrup, sucanat, etc. I have read that raw honey actually doesn't spike your blood sugar as much as other natural sweeteners, so in my opinion it is the healthiest choice. I also try not to go overboard even on natural sweeteners. It's kind of fun to see how little sweetener you can get by with. :)

In this world, it's nearly impossible to keep your kids away from processed foods 100% of the time. What I try to do is make sure they're eating really well at home, and not stress about when they go to a party or out to eat as a treat. I've heard a lot about the 80/20 rule: eat well 80% of the time, and don't stress about the rest. I think that's a great principal.

Of course if you or your child have specific health problems, it can be helpful to go on a stricter diet or completely avoid certain foods for a period of time. Everyone is different and has different nutritional needs!

I didn't restrict all sugars. I used honey and maple syrup. I also allowed myself an occasional glass of wine. It was hard when I went out to eat and salad dressings were consumed, I don't use a lot of dressing anyway so it wasn't too big of an issue (I think)! Just like you I found myself, after about 2 weeks, seriously craving chocolate. I don't normally crave chocolate - its more like bread or crackers - but all I could think of was a big piece of chocolate cake with tons of frosting. Funny thing is though, when I would see the chocolate, when I was at the grocery store or out somewhere ... I couldn't buy it and eat it...it just didnt look appetizing. It did get hard towards the end of the challenge and I admit I had more bread/grains than I had intended and added sugar products but NOT as much as the previous month. I still intend to reduce added sugar products and refined sugar in my diet. I feel so much better already and I would do a sugar free challenge again.

Thank you for sharing your experience! Ugh, I had to make a chocolate cake as a prop for a blog post (it was eaten by my family), and it was SO tempting to just have a taste of the frosting. And I don't even crave chocolate cake normally! Haha! And yes - the carb craving was real. :P That's awesome that you're feeling better!

I ran into the same thing as you, with the last two weeks being harder than the first two. I can't say I noticed any huge differences in how I felt without sugar, but I definitely noticed that I didn't feel as good when I added it back in! I decided to go ahead and forgo sugar for lent as well, so I'm back on the no sugar train. :)

So interesting! I agree - I didn't feel so different during the challenge, but now that tried eating sugar again, I can tell that if I go overboard I don't feel as good. That's awesome that you're continuing your challenge a bit! :) You go!

Good for you! I did not do this with you, but I am starting today... for Lent. I will use your post as inspiration.

Woohoo! Hope you enjoy the challenge! :)

I liked your challenge! I also try to reduce the sugar intake, although - like you we eat already very little sugar in comparison to others- but I also don't like restrictions. So I am not fully giving up sugar, but reducing the amount in baked goods and trying to dial up the amount of whole grains in our diets. Also I am pregnant and although I don't want to give the baby the taste of a sugar diet ;) I don't want to restrict myself, because I don't think thats doing any good in a pregnancy. If you are preparing most of the food fresh like you and I do the sugar intake is mostly quite low, because we don't eat convenience food. But I am sometimes suprised when I have a slice of cake when I am invited at someones home and I can barely eat it, because it is so so sweet. So I guess I already have a quite low tolerance in terms of sugar, which I think is good, but sometimes difficult at others homes ;).

So glad you liked the challenge! We sound very similar. :) Yes yes yes to barely being able to eat sugary food that others prepare. I'm sure the desserts I make aren't nearly sweet enough for the majority of people. Haha!

Congrats on your pregnancy! How far along are you? :) I agree about not being too restrictive during pregnancy. I think our bodies need more carbs when we're pregnant/nursing.