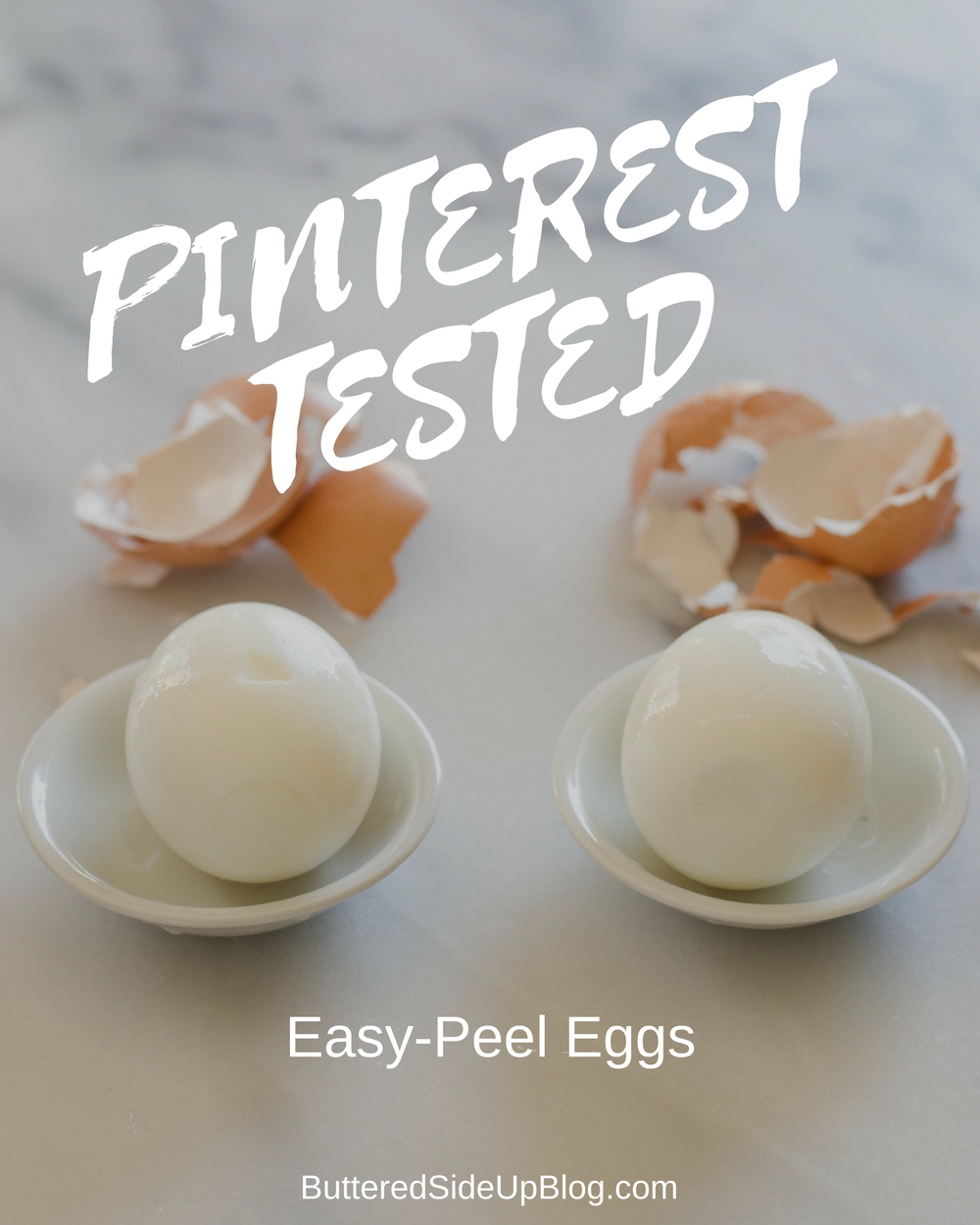 I’m back with another installment of Pinterest Tested for y’all!
I thought this one would be perfect with Easter coming up this weekend. Let’s get into the testing! Here is the original pins from 1000lifehacks.com (I don’t recommend going to the actual website since they have…ahem…questionable photos. Bleh.).

Add 1/2 teaspoon of baking soda when boiling eggs. The shells will slide right off. 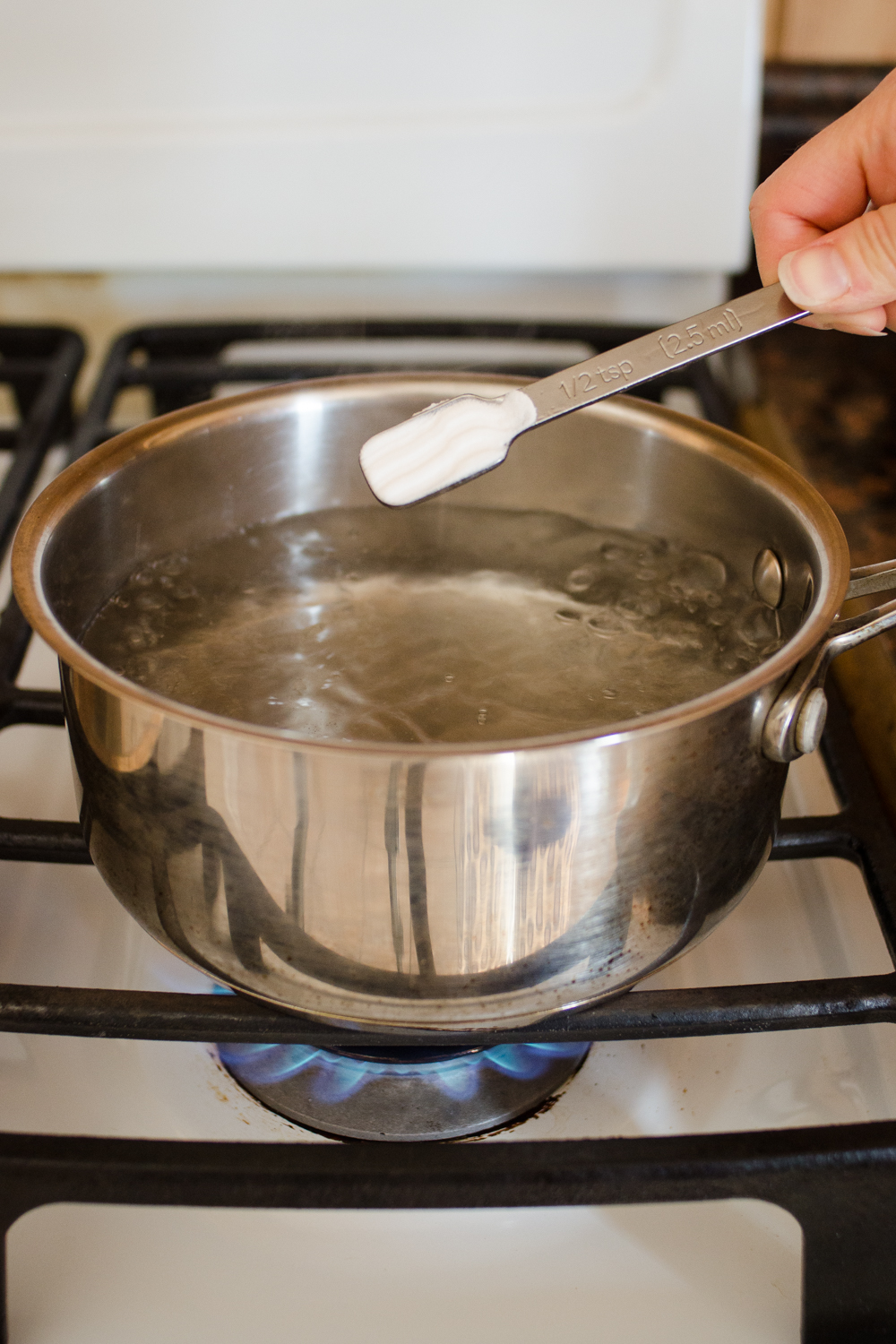 I boiled 2 pots of water, and added 1/2 a teaspoon of baking soda to one of them. I placed an egg in each and boiled them, with the lid on, for 9 minutes. Then I put them in separate bowls of cold water to stop the cooking.

But I needed to investigate further…

I decided to boil up 4 more eggs: 2 for each method. I used super fresh-from-the-farm eggs (which are notorious for being difficult to peel).

As you can see, both methods yielded an egg with nicks and an egg that’s nearly perfect. I have to say that one of the eggs that I peeled that had been boiled with baking soda DID slip right off. It was magical. But the other one was just as difficult as usual, which mystifies me. Why would it work on one but not the other? 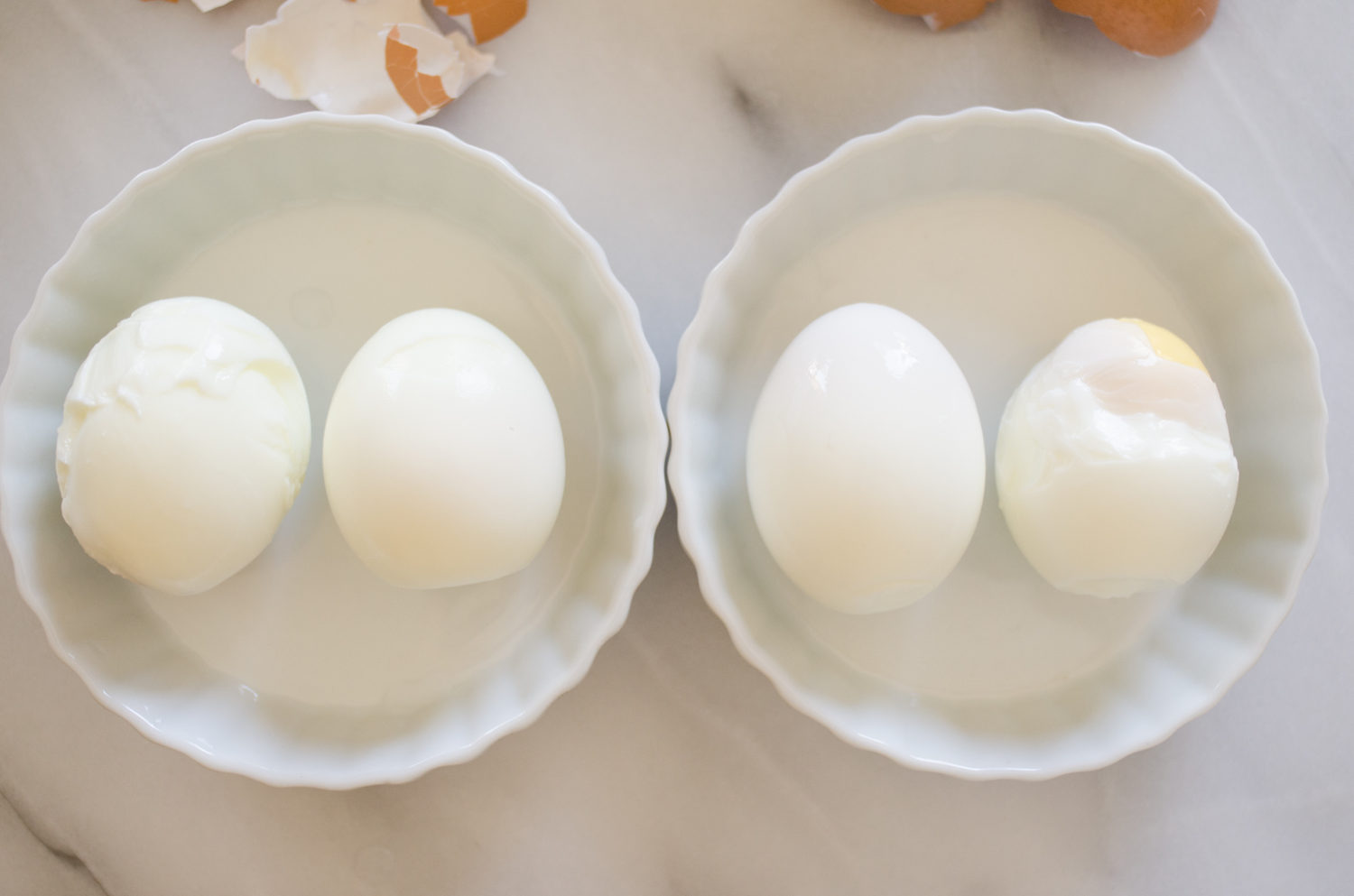 Here’s another shot so you can see the details better. Normal on the left, baking soda on the right.

This method worked really well on one of the eggs I boiled, but it performed almost the same on the other two. So, this kind of works.
I might try it a few more times with the hopes that it will work better – I hate peeling eggs!
Make sure to leave a comment if you have a Pinterest cooking hack that you’d like me to test out. And if you have a fail-proof method for making eggs easy to peel, let me know!
Click here to cancel reply.

Is it true the older the eggs the easier to peel? Like buy and wait 2 weeks until you boil them? Maybe test to see "when" the best time to boil and peel is.

The "Remove to Cold Water" method seems to be used quite a bit! I'll have to get back into doing that. And I might have to do another post where I try out many different methods. :)

Hey, fellow Minnesotan! :D Thank you for the tip! I used to use this method a long time ago - not sure why I don't anymore!

I boil my eggs the using the same method as Diane and have very good results. I have heard that very fresh eggs are more difficult to peel, but as mine come from Costco usually, they most likely are not 'right off the farm'.Interesting post, thanks for putting this together!