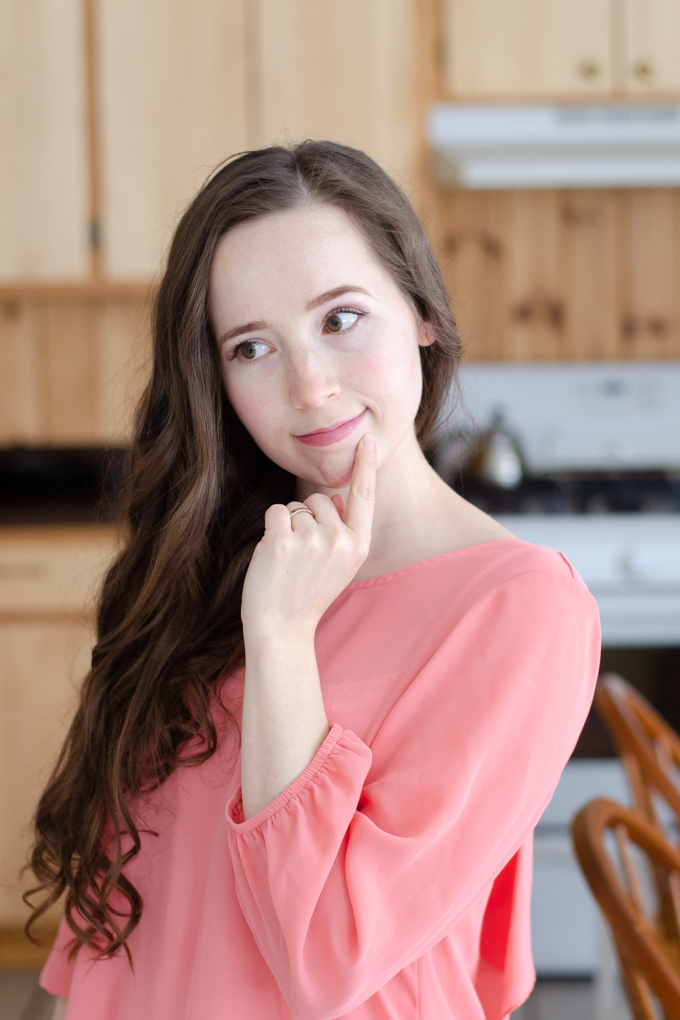 Sugar Free January is in the bag for another year!

As I mentioned in my initial post, I intentionally was a bit easier on myself this year since I’m nursing and dealing with other life stuff. Since I tend to be more strict with myself, it was actually a challenge to “allow” myself to have natural sweeteners. I felt like I was cheating, even though I had already decided to give myself that grace.

It was nice to “let loose” a little more this year, and it definitely taught me a few things. I’ll talk about that more at the end of the post, but for now I’d like to chat about how I felt and some of the food I enjoyed during SFJ: 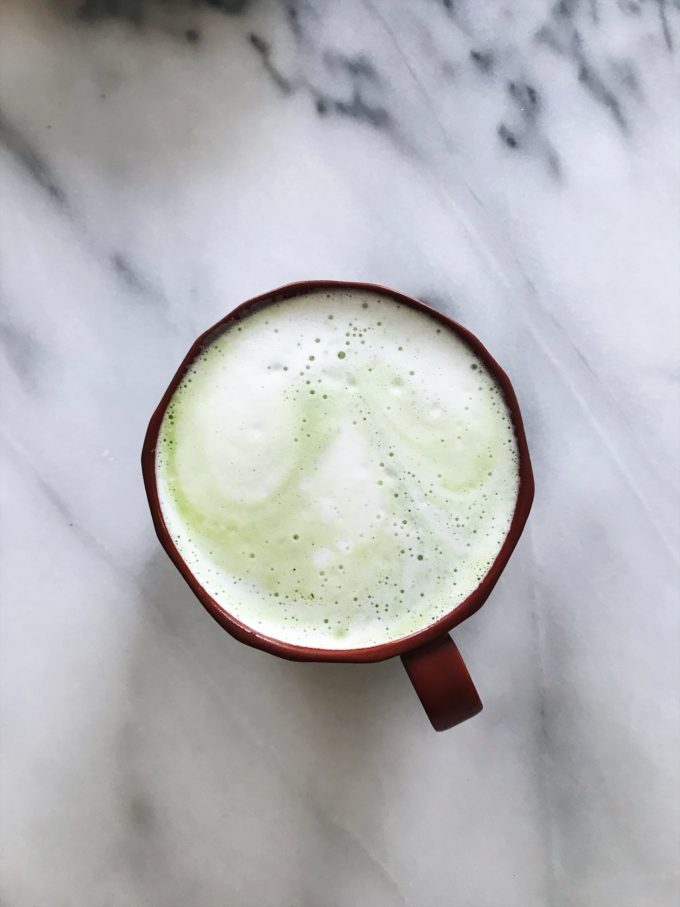 My sugar cravings during the first couple of weeks of Sugar Free January were pretty minimal. I think that since I’ve done it twice before, I’m pretty well mentally prepared for it.

Let’s have a moment of silence for the wonderful sugar free matcha latte. It helped me get through my mornings and still be excited about breakfast. I opted to use a higher quality, ceremonial grade matcha since I wasn’t using maple syrup or honey to mask the bitterness of culinary grade matcha. 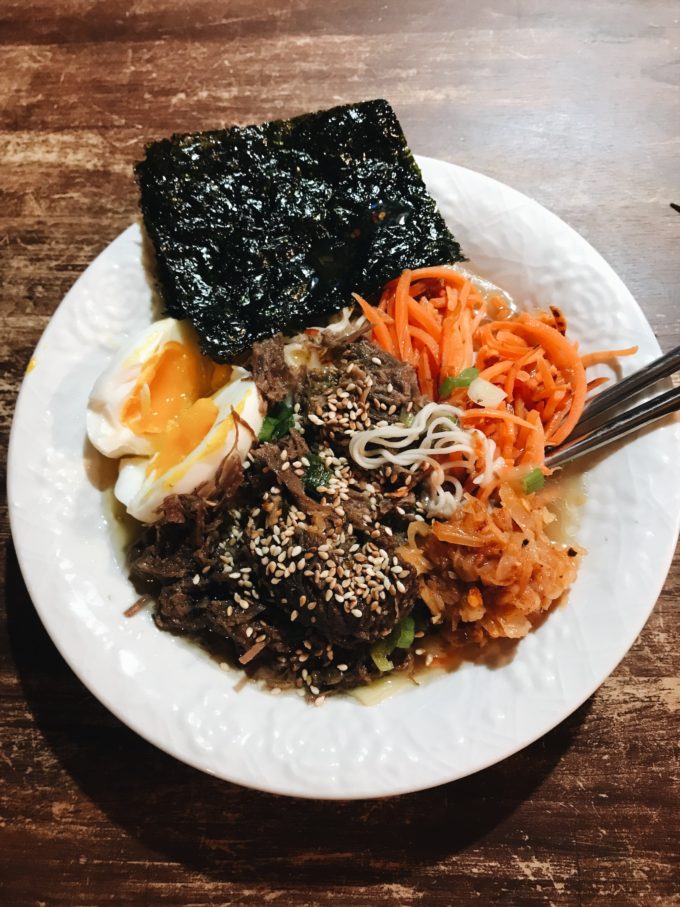 My siblings and I had matcha for supper one evening. It definitely helped me to not feel deprived to be able to enjoy one of my all time favorite meals.

Reuben made homemade chocolate pudding sweetened with just a tiny bit of maple syrup a few times. And we made homemade granola a few times and reduced the amount of honey/maple syrup quite a bit. These felt like cheats to me since they’ve been off limits for me on my previous SFJs.

Okay, let’s talk about some of the actual “cheats” I had… 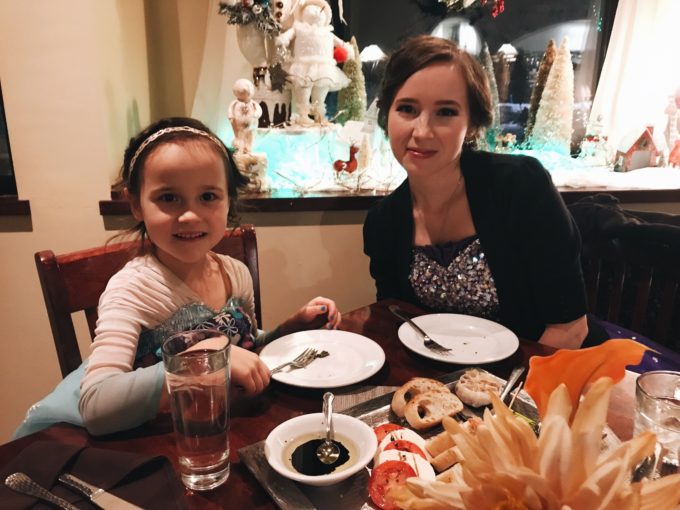 In an ideal world, I would have zero cheats during Sugar Free January. But I still like to live my life. And I don’t want to be so restrictive with the food I eat that I can’t enjoy a meal with loved ones.

We went to a family function, and I took some broccoli salad thinking perhaps it was made with an unsweetened dressing. It was pretty obvious with the first bight that it was sweetened, though. I could have beat myself up about that “mistake,” but I chose to learn from it and move on.

That evening, I went out for sushi with my family. I could have sat at home and refused to go since there wouldn’t be anything on the menu without refined sugar. But instead I chose to take advantage of that family time. No regrets.

I had been promising Helen for months that I would take her out to eat while wearing my “prom” dress. I let her pick the food, and there was definitely some sugar in the balsamic reduction on the bruschetta plate. But I’ll remember that time with my daughter forever! 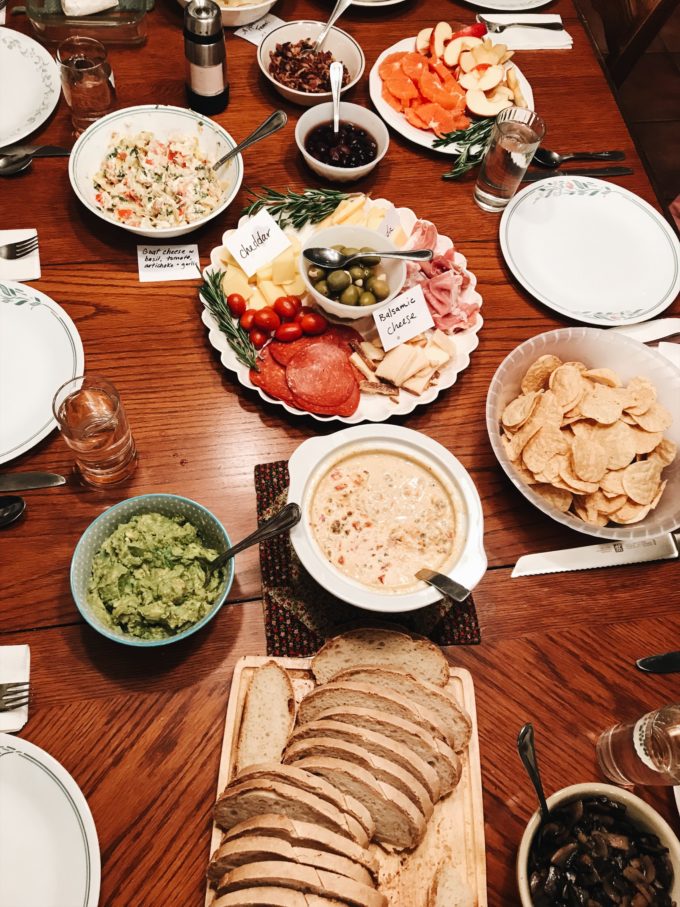 I ate some bacon that a relative cooked that was made with cane sugar. Again, I didn’t want to turn down food that someone else cooked for me.

One day, Reuben and I went to town in the afternoon to look at materials for the house: tile, countertops, and cabinets. We were gone until late afternoon, and I definitely didn’t feel like collecting the kids from their grandparents, heading home, and cooking a meal. So we opted to pick up Culver’s for everyone. It was worth it for my sanity. I chose the Wisconsin Swiss Melt, which does contain some sugar, but it’s pretty low in sugar overall. 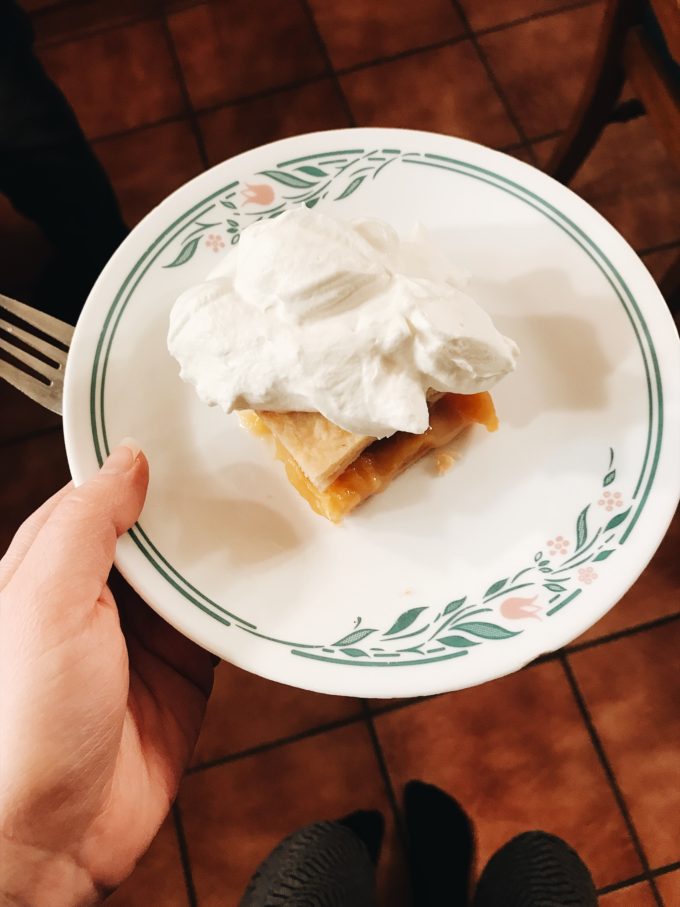 This was probably my biggest “cheat” of the month:

My grandma made a peach pie for my birthday party. I wasn’t going to turn down Grandma Berge’s peach pie because of Sugar Free January. She even cut the sugar in half! It was the perfect amount of sweetness.

I noticed, however, that after eating that piece of pie my sugar cravings increased.

I also had sloppy joes that a family member made, and chili that my sister made. Pretty certain they both contained sugar. Again, I wasn’t going to turn up my nose at food that people I love had cooked for me!

When I add up all of the “cheats” that I had over the month, it seems like a bigger deal than it was. If you consider that day in and day out I wasn’t eating any refined sugar, these few “mistakes” really don’t upset the heart of the challenge. 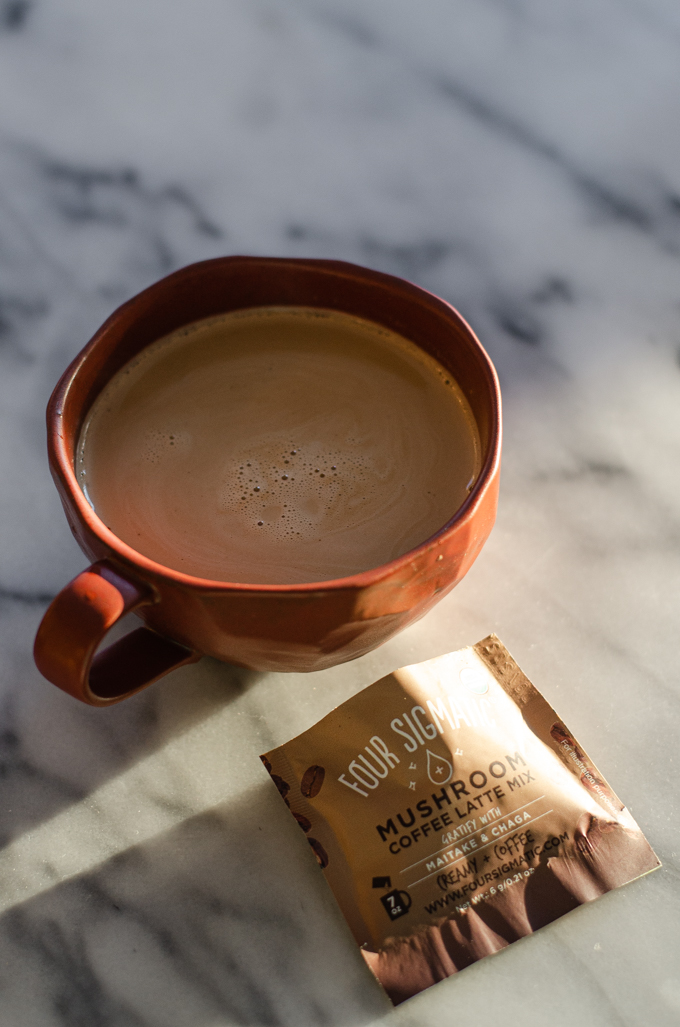 How I Broke My Sugar Fast

I kind of went wild the first day off of Sugar Free January, and I’m glad I did. I talk more about that later…

Now, you might be wondering what the first thing I ate after Sugar Free January was. It was a mushroom coffee latte by Four Sigmatic. It didn’t actually contain any highly refined sweeteners, but I had set myself the rule that I wouldn’t sweeten my drinks in any way on SFJ. So it was fun to kick the day off with sweetened coffee. 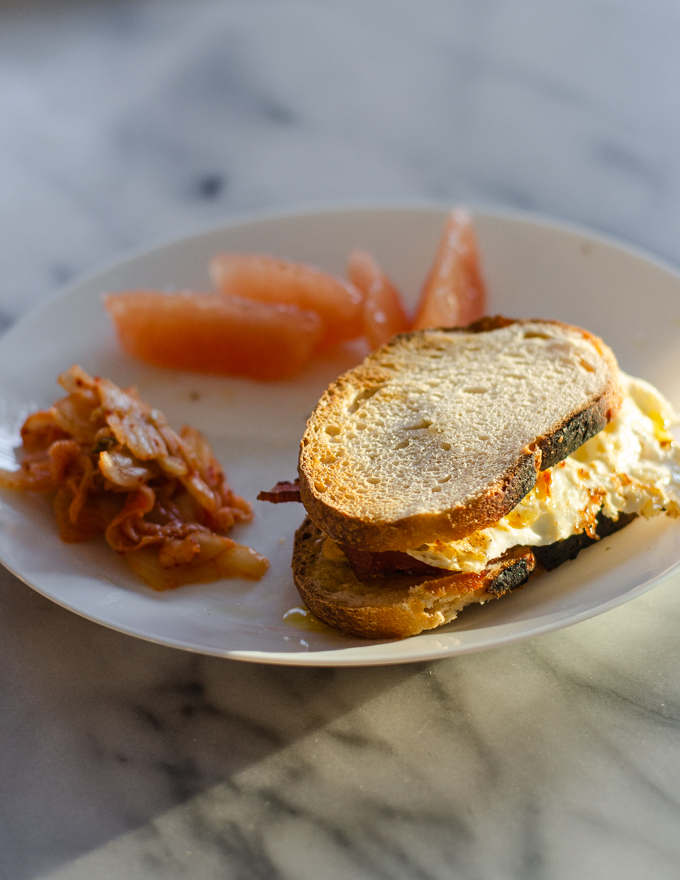 Reuben made his breakfast sandwich special for me, and I finally got to eat kimchi again! Sadly I didn’t have an appetite that morning, so I only ate half of the sandwich, and Reuben had to finish my latte. 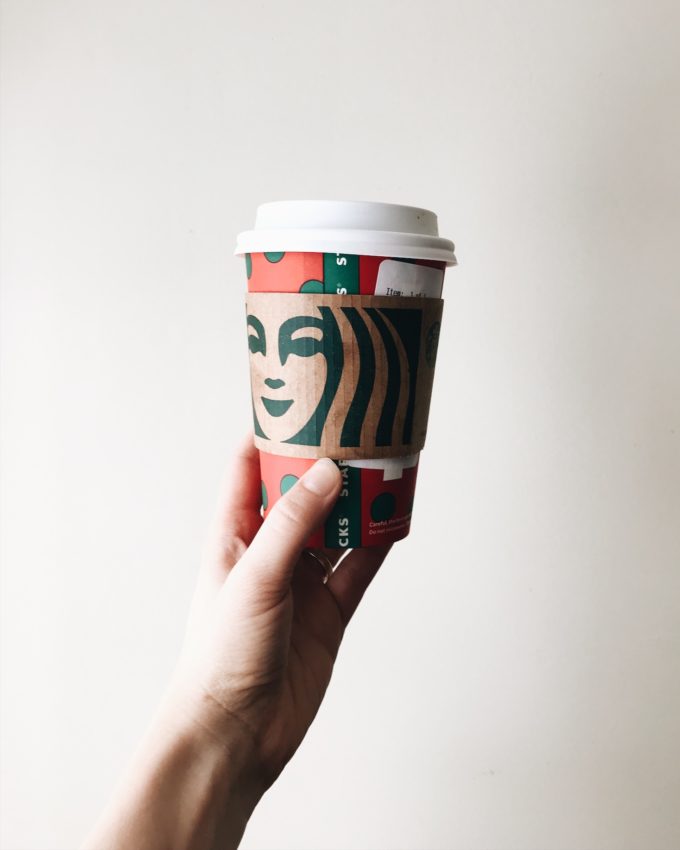 Then I decided it would be a good idea to get a Starbucks matcha latte. I asked them to make it unsweetened, but that wasn’t possible because the matcha powder itself is sweetened. Let’s just say that I felt buzzed from the sugar. 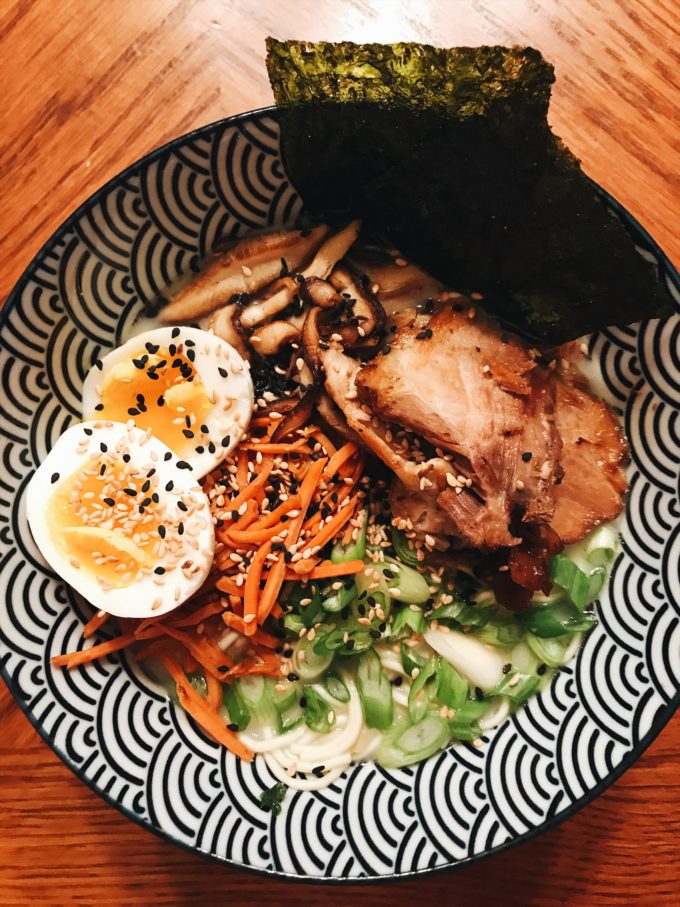 Several of my family members did Sugar Free January this year as well. We decided to celebrate with a ramen party. Have you ever had the tonkotsu flavored ramen from Nissin? It’s totally not a health food, but totally scrumptious. My sister made some amazing pork to go on top, and I made mocha eclairs for dessert.

So, Was it Worth it to Do a Sugar Free January?

I think it totally was.

It helped me to take a step back and evaluate my sugar consumption habits. As a general rule I tend to eat a fairly low sugar diet. But the holidays tend to kick my sugar cravings into high gear. It’s nice to be able to slow down so I can feel like I’m making the decisions, not my cravings.

I’m also glad that I went all out on the first day off of Sugar Free January. To be honest, I didn’t feel great afterwards. That heavy dose of sugar helped me realize why I’m mindful of amounts of sugar: it makes me feel better!

However, I wouldn’t want SFJ to be a lifestyle. I think it’s wonderful for a reset, but I don’t like to be super restrictive with my diet. Been there, done that. Didn’t enjoy it. Now I tend to live by the 80/20 rule: eat for health 80% of the time, and don’t worry about the other 20%. For me this looks like cooking from scratch and making healthy choices at home, but not sweating it when I’m eating out or at someone else’s house. I think it’s all about balance and finding a lifestyle that feels good for you. Take care of your body, but don’t worry if you’re not eating “perfectly” 100% of the time. That’s my philosophy, anyway.

So how was your Sugar Free January? Was it difficult? Did you learn anything? Would you do it again?

Good for you!!! Such a nice balance... I still put a half of a teaspoon of sugar in my coffee, cannot give it up! Loved your post though ☺️☺️

Congrats on finishing SFJ! That’s better than I could do. ? I really love what you said about giving grace for little mess ups. That can truly be hard if you are a self critical person...like me :) I’m giving it to you for knowing that in the long run those things don’t matter. I mean have fun God have us food to enjoy! We can take care of our bodies by eating healthy most of the time but, like you said, I’ve been at the point of over obsessing with eating healthy and it’s not fun. Let’s enjoy life! I am absolutely thrilled about making your Swedish meatballs tonight!!!