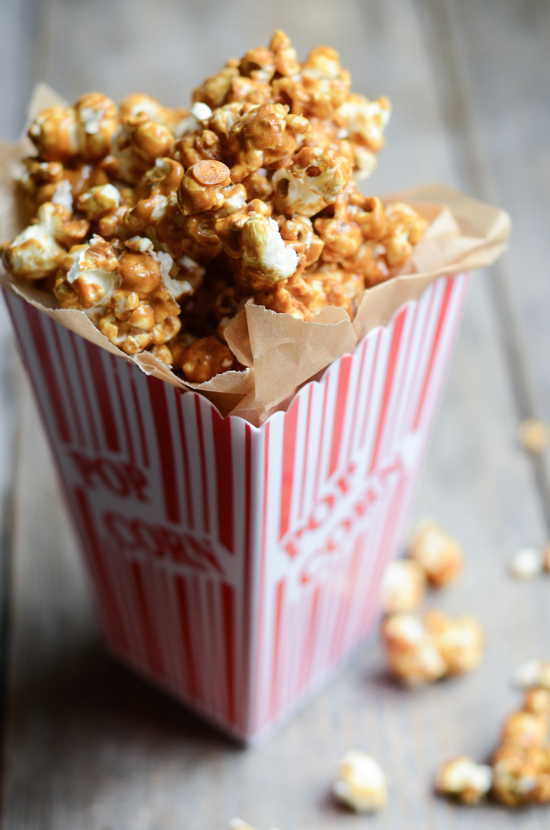 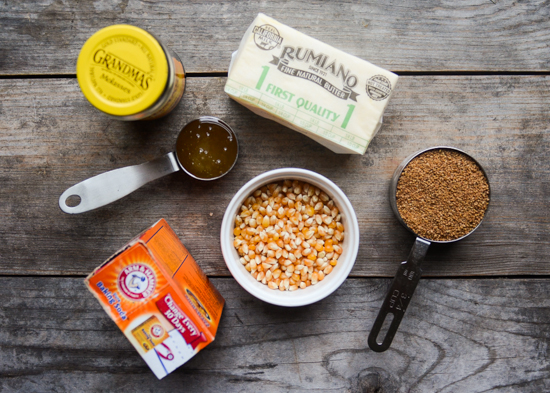 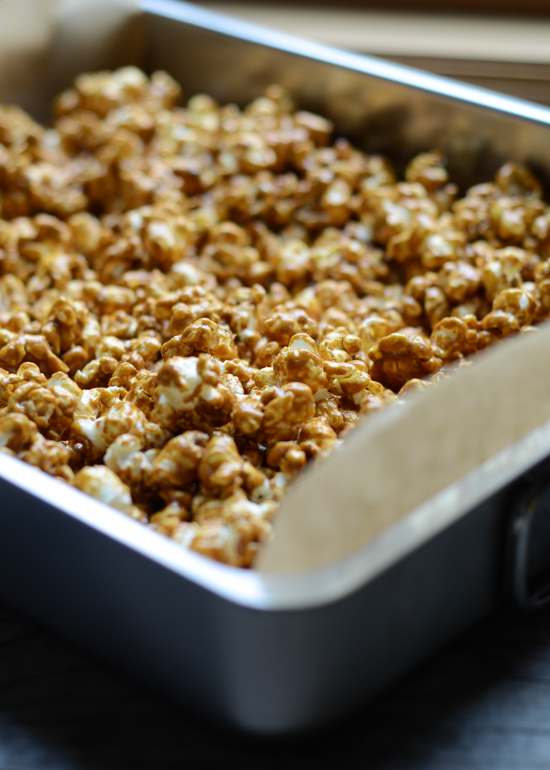 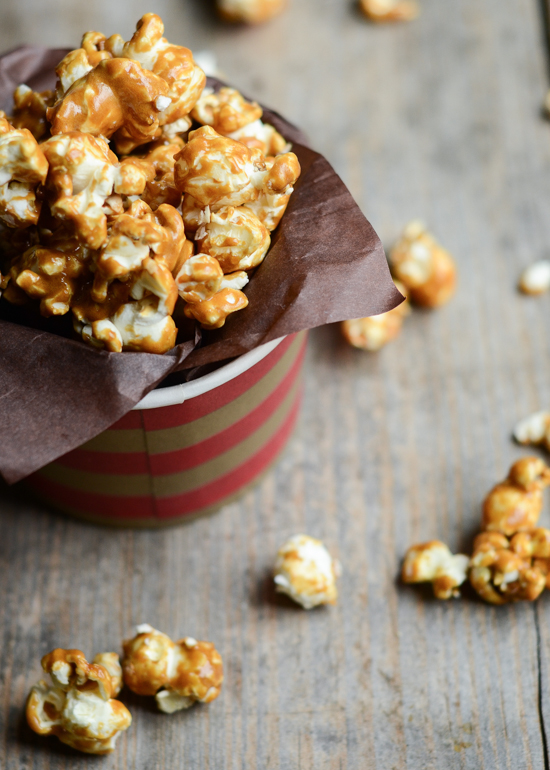 For some reason I used to have a fear of homemade caramel corn. Which is quite silly since I had never tried my hand at making it. I just assumed that the stuff from the store (full of highly processed ingredients) could not be recreated at home. Boy, was I wrong.
My sister made a batch of caramel corn and it was AMAZING. My preconceived notions about homemade caramel corn melted away.
Caramel corn is one of the more addicting foods. It’s sweet, but it’s also salty, so you don’t get overloaded on either flavor. It’s so easy to toss kernel after kernel into mouth.
I’m sad that we already finished off this batch. Which can easily be remedied…
Homemade Salted Caramel Corn
adapted from King Arthur Flour
Makes about 15 cups
Printable Page
Ingredients:
Directions:
1) Pop your popcorn. Place in a (very) large bowl. Line a large roasting pan with parchment paper. If you don’t have a roasting pan you can use two 13 x 9 pans. Preheat your oven to 200 degrees F (95 degrees C).
2) Melt the butter in a medium saucepan. Add the molasses, sucanat and honey. Stir and cook until the sugar dissolves. Bring to a boil and simmer, stirring occasionally, for 5 minutes.
3) Remove from heat and stir in the baking soda. Don’t be alarmed – the mixture will foam and get airy. Pour over popped popcorn and toss to coat evenly.
4) Spread in the prepared pan and sprinkle with coarse sea salt to taste. Bake in preheated oven for an hour, giving the caramel corn a stir every 15 minutes or so.
5) Remove from oven and allow to cool slightly before attempted to eat. Once it’s completely cool you can store it in an airtight container for a few days. It probably won’t last that long.
Click here to cancel reply.

I love caramel popcorn and I realize I've never made it for my kids. This looks delicious. Pinning to try!