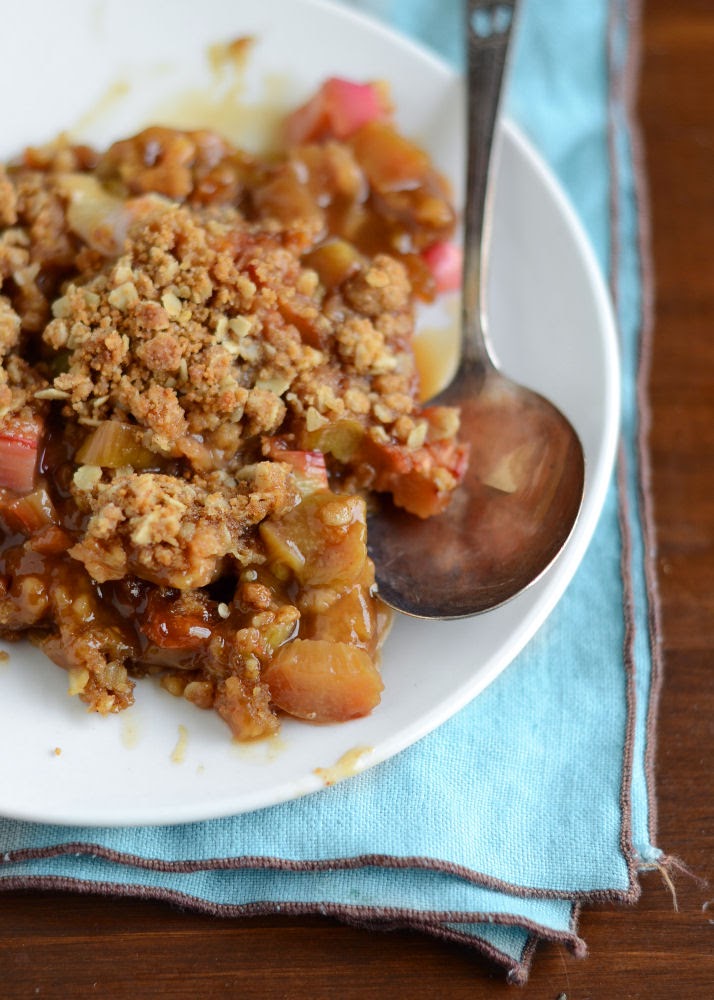 This was originally posted on May 7, 2012 on Cooking for Seven. I wrote about my experience when I took care of my sister’s kids when she had her third baby. Less than a year later I was a mom myself. It’s a bit strange to remember when I didn’t have a little person to take of… 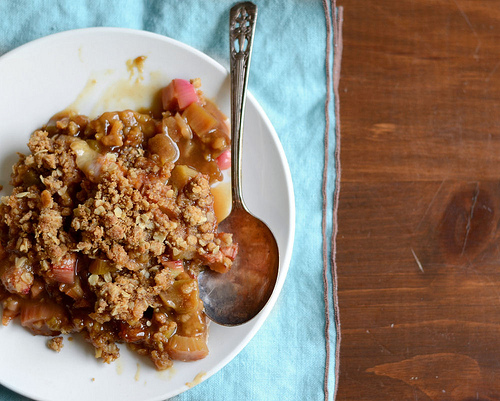 The other day, my sister called me up and asked if I’d be willing to stay with the kids while she made a trip into town. Of course I said yes – being home alone is kinda lonely sometimes, and I love my little niece and nephew to death. 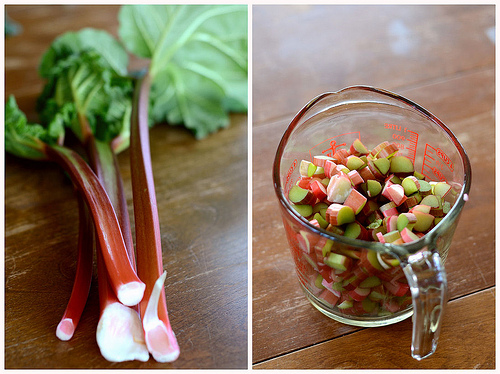 While she was in town and the kids were napping, I decided to harvest some of her beautiful rhubarb and make a dessert. 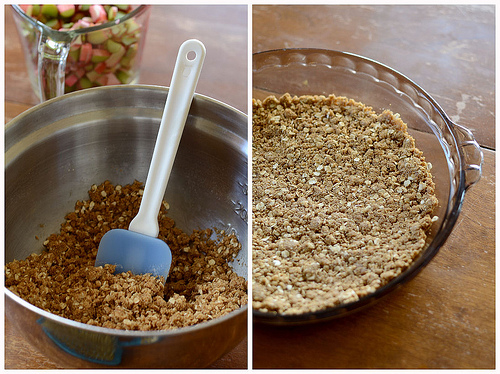 Everything went together easily and it baked up as described by the recipe. When the kiddos woke up from their nap, they were very interested in my creation and desperate to give it a try. 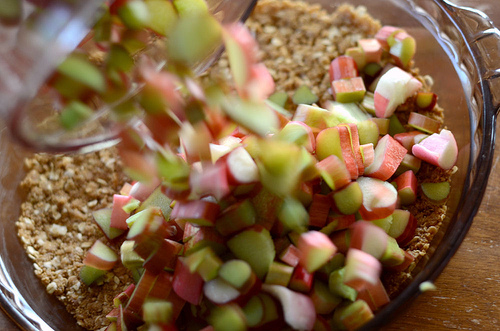 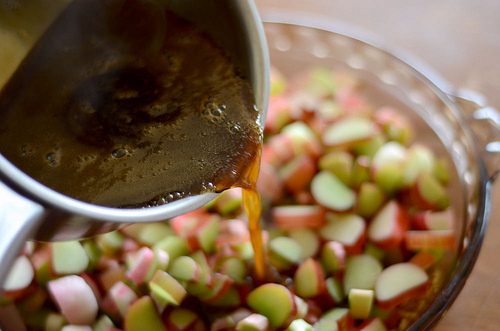 The guys got home from work and Reuben spied the rhubarb crisp. He, too was eager to try some – perhaps before supper? 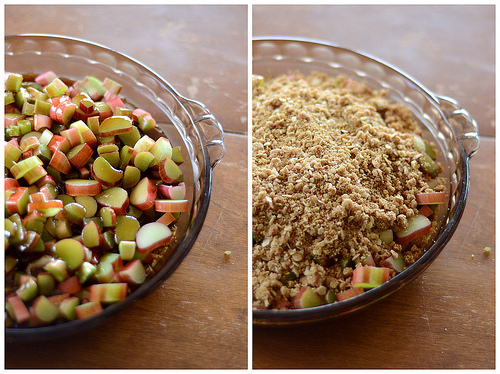 Just as we were getting ready to eat, my sister announced that she was going into labor. We quickly finished the meal and cleared away the dishes – but she need us to leave: NOW. We scooped up the kids (and the dessert) and headed home. 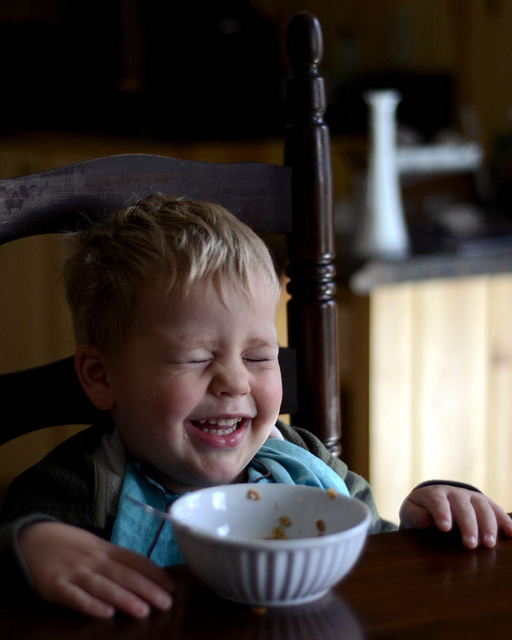 Judah and Ellie finally got to eat their dessert (with whipped cream, of course). We waited (somewhat) patiently for news of the arrival of the baby. Ten o-clock rolled around and no phone call. We put the kids to bed and settled down at the computer to relax a bit after a very busy day. 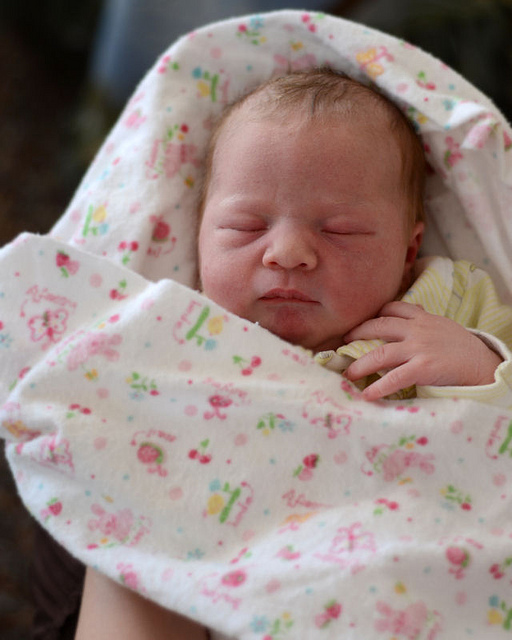 Just as Reuben and I were drifting off to sleep, we got the call. It’s a girl!
The next morning we packed up the kids and headed out to see the newest member of the family: Susan.
And what a doll she is. 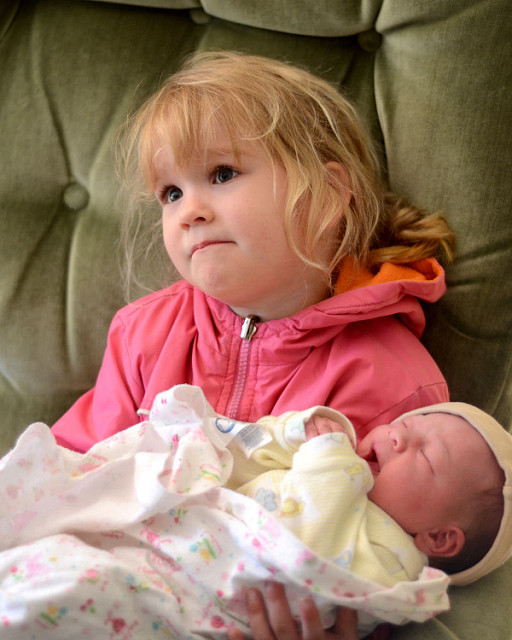 I’ve gotta tell you, these kids are aDORable. But, like all little kids, they’re also a handful. They need help doing almost everything, from wiping their faces, to washing their hands, to getting dressed. They seem to have two modes: super energetic or sleepy. After two days of taking care of them I was exhausted.
All of this to say, I have a new appreciation for the unsung heroes of the world: mothers.
The only time you have to yourself is the few short hours when the kids are taking a nap. All other hours are spent keeping the kids fed, happy and safe. Just living becomes a chore.
But their happy faces and excited voices make it all worth while.
So to all mothers: my hat is off. 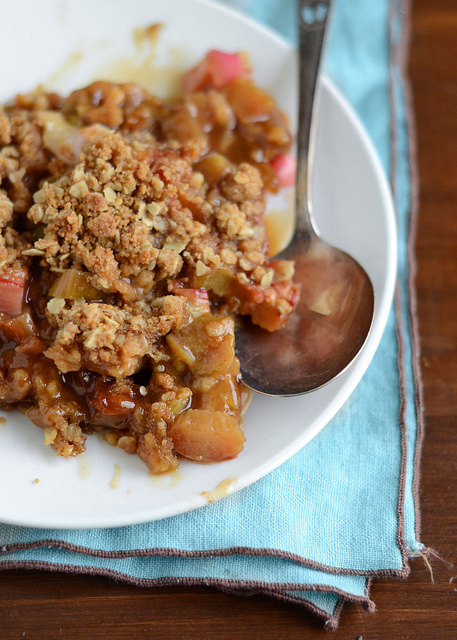 But about this rhubarb crunch.
It’s a bit different than most crisp recipes I’ve made – you press half of the topping into the pan before adding the rhubarb. Also, you boil together sugar and water and pour over the rhubarb in the pan for sweetener.
I used whole wheat flour and a natural sweetener, partly because that was all that I could find in Audra’s pantry (go sis!). Also, she didn’t have any regular rolled oats on hand, so I used quick instead. Feeling a bit lazy, I decided to melt the butter and mix into the topping ingredients instead of cutting it in. A trick my mum taught me.
Reuben thought it was a tad too sweet, even though I cut out some of the sugar. Of course, rhubarb recipes usually call for a ton of sugar to combat the sourness of the fruit (is rhubarb a fruit or a vegetable?). And we’re not very tolerant of overly sweet desserts.
Would I make this again? Definitely. It was very easy, and I think it would easily convert to other fruits, such as raspberries.
Rhubarb Crunch | adapted from Taste of Home | printable page | make 6-8 servings
Ingredients:
Directions:
1) Preheat oven to 350 degrees F. Grease a square baking dish (I used a pie pan because that’s all I could find).
2) In a medium bowl, whisk together the flour, oats, sugar, and cinnamon. Cut in the cold butter or mix in the melted butter. Press half of the topping into the prepared pan. Sprinkle the rhubarb on top.
3) In a small saucepan, combine the sugar and cornstarch. Slowly mix in the cold water and heat over medium until the mixture boils; boil for 2 minutes or until thickened a bit. Remove from heat and stir in the vanilla. Pour over the rhubarb in the pan.
4) Sprinkle with remaining crumb topping. Bake in the preheated oven for about an hour (start checking at 40 minutes) or until bubbly and beginning to brown.
5) Serve warm with ice cream, lightly sweetened whipped cream or plain cream.
Click here to cancel reply.

Shortcake Recipe with Sourdough Biscuits - Buttered Side Up

Yay, so glad you enjoyed! Oops, forgot to say where to add the vanilla - my sister pointed that out to me the other day as well. You added it at the proper time! I fixed the recipe. Thanks for the heads up!

Hope you enjoy, and have a lovely week as well!

You're welcome! Hope the weather is lovely in Austria - I'm a bit jealous of your location right now. :D

Thanks! I made it this morning for a Sunday School lunch. Turned out very yummy. You don't say when to add the vanilla, so I just added it to the sugar/water. I made it in a 9x13 glass dish and found it only needed to bake about 35 minutes. Will definitely make this again.